I originally planed to fly to Kiev on Friday to visit Hacklab Kyiv and attend the RustFest workshops the next day. But as you may heard about, I missed my flight due to my silliness. So I was busy for most of Friday riding trains, trying to learn a bit of Ukrainian [1], discuss the validity of my ticket with the train crew, buying additional tickets and so on.

The train ride was quite an adventure and I even got to ride the famous "platzkart" class night train. 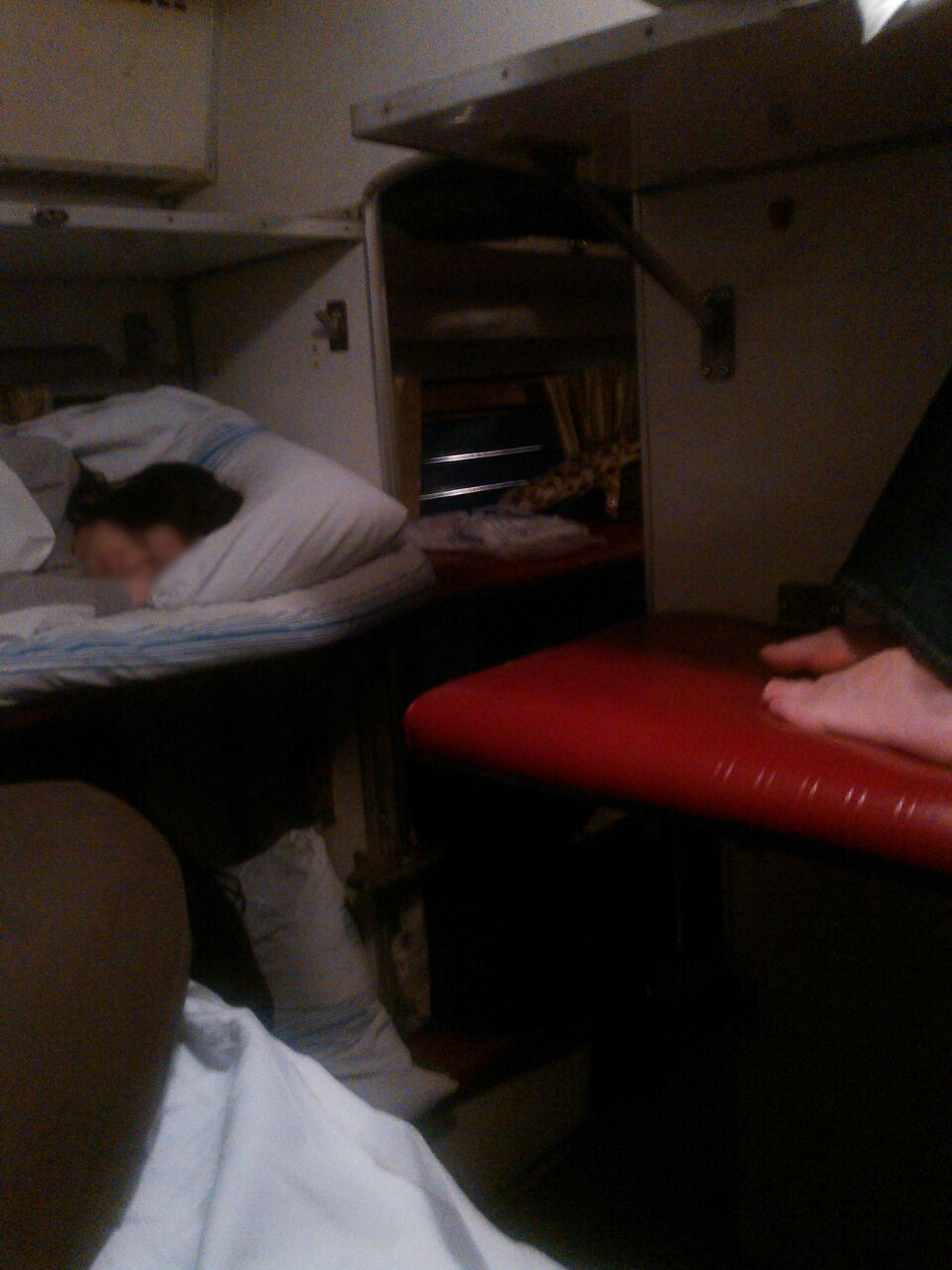 I didn't take many pictures during the platzkart train ride, but if you want the get a better feeling for it just search for pictures. I arrived in Kiev around 11 in the morning (original plan was to arrive at 9) and met with Dns2utf8 at the train station because I arranged to share a hotel room with him for the duration of RustFest.

After getting a long overdue shower, we went to the RustFest workshops. I was really happy to meet @andrewhobden and thomascovenant (@NGC_3572), which both did an amazing job as part of the RustFest team!

Despite being a few hours to late we could still attend the workshops. I attended the Exonum cryptocurrency workshop instead of the web development I originally signed up for. Since I missed the introduction, I jumped right into writing Rust code without having any clue how their blockchain implementation even works. By the end of the workshop we had some kind of crypto currency implemented with a little node based web app to create new wallets, add funds out of nowhere and transfer funds.

Screenshots from the webapp

I found a bug in the implementation, where if one transferred funds from a wallet to itself it would just increase the balance of this wallet! The fix was as simple as adding

inside a function. I didn't have time to figure out why the bug happened exactly, since all the function does is decrement on the sender and increment on the receiver, which should lead to an equal final balance if sender == receiver.

After the workshop we formed a little group of Rustaceans and had a great time taking a look at the city! 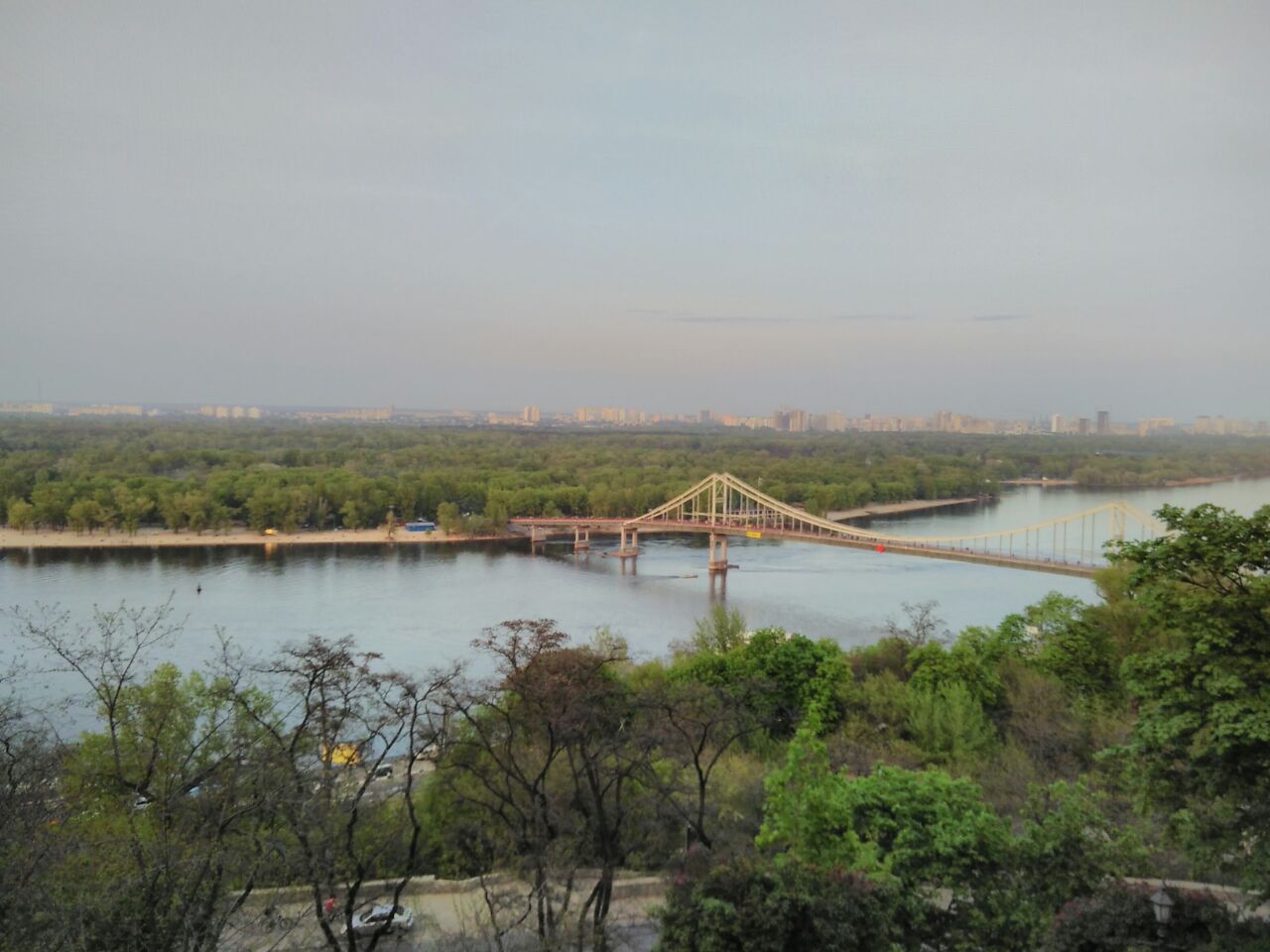 View over parts of Kiev

Here are some more images: 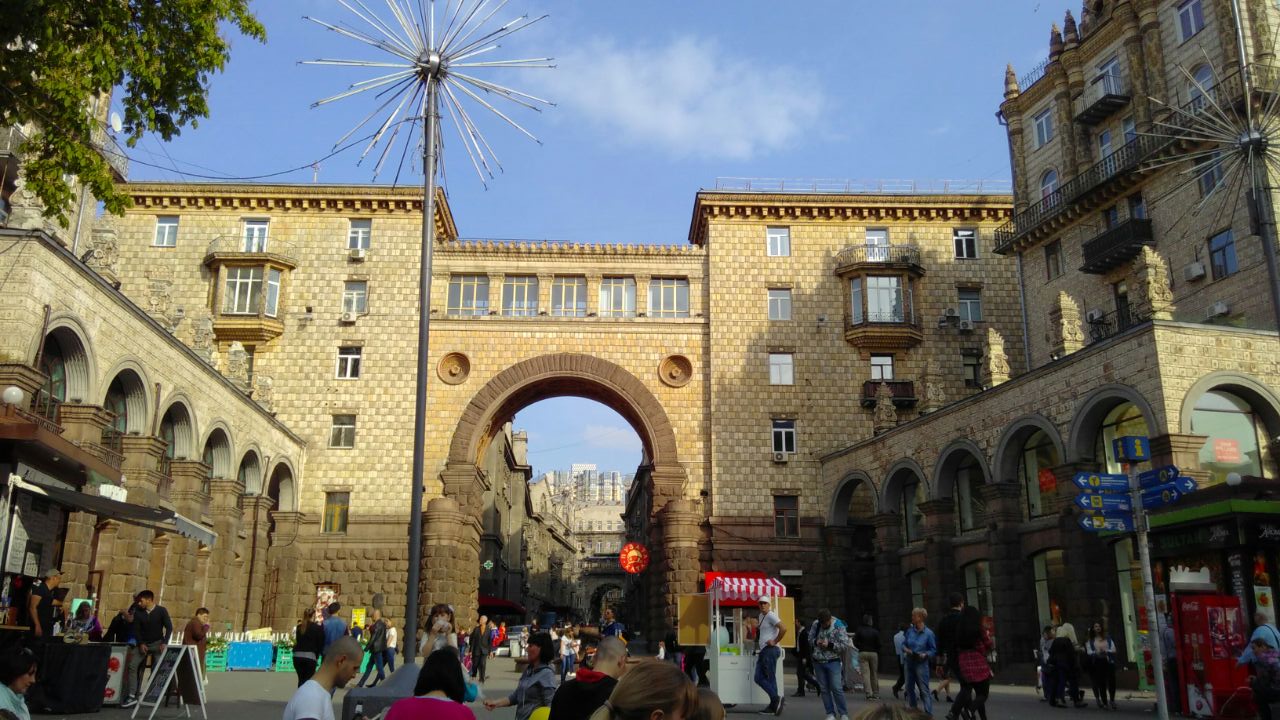 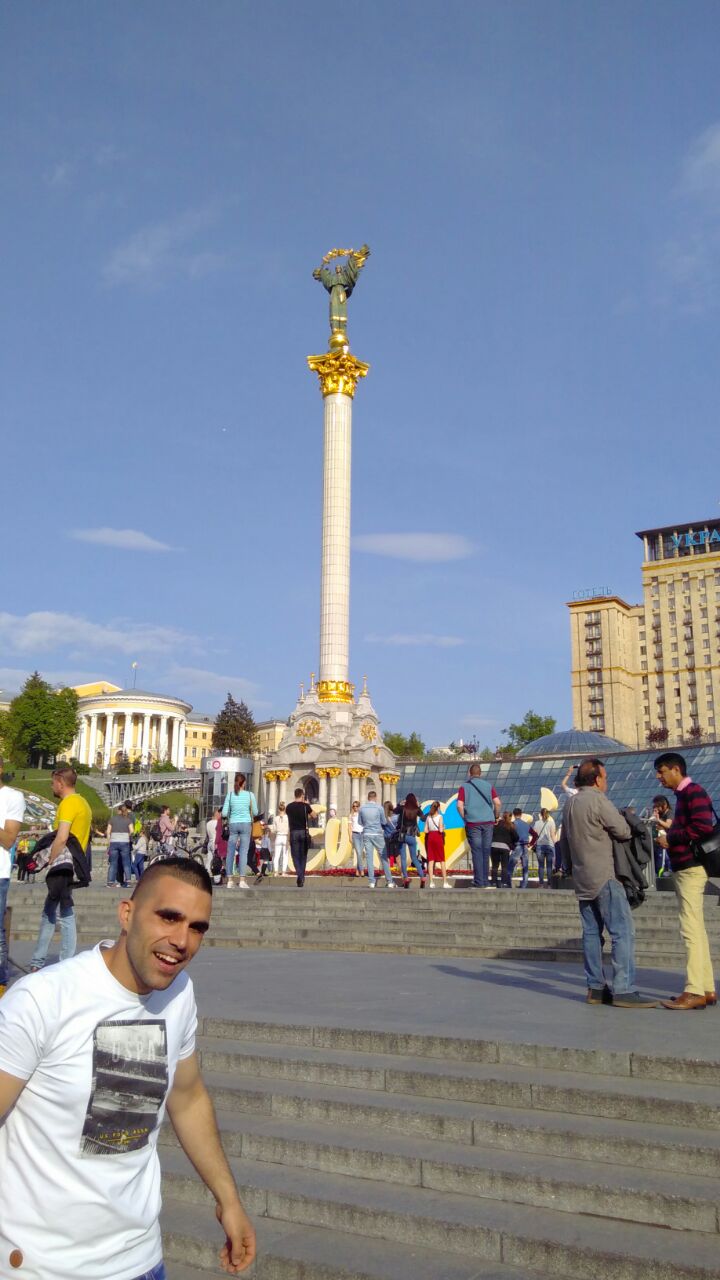 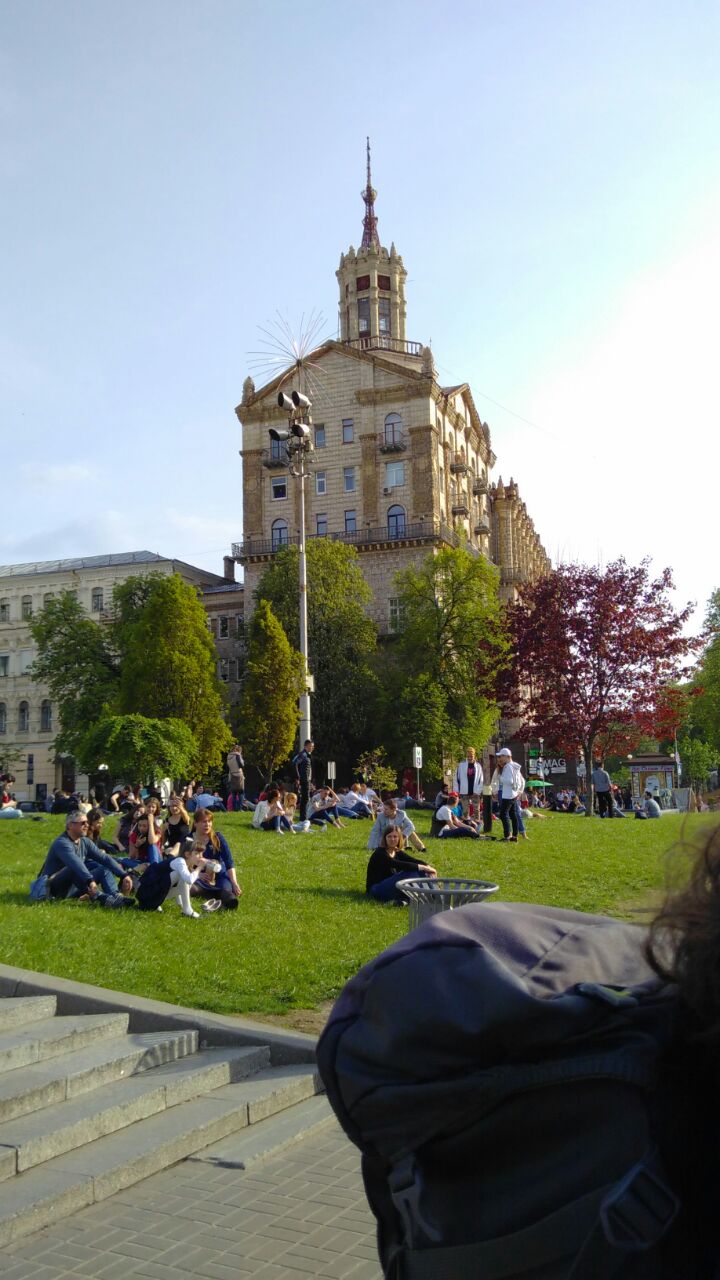 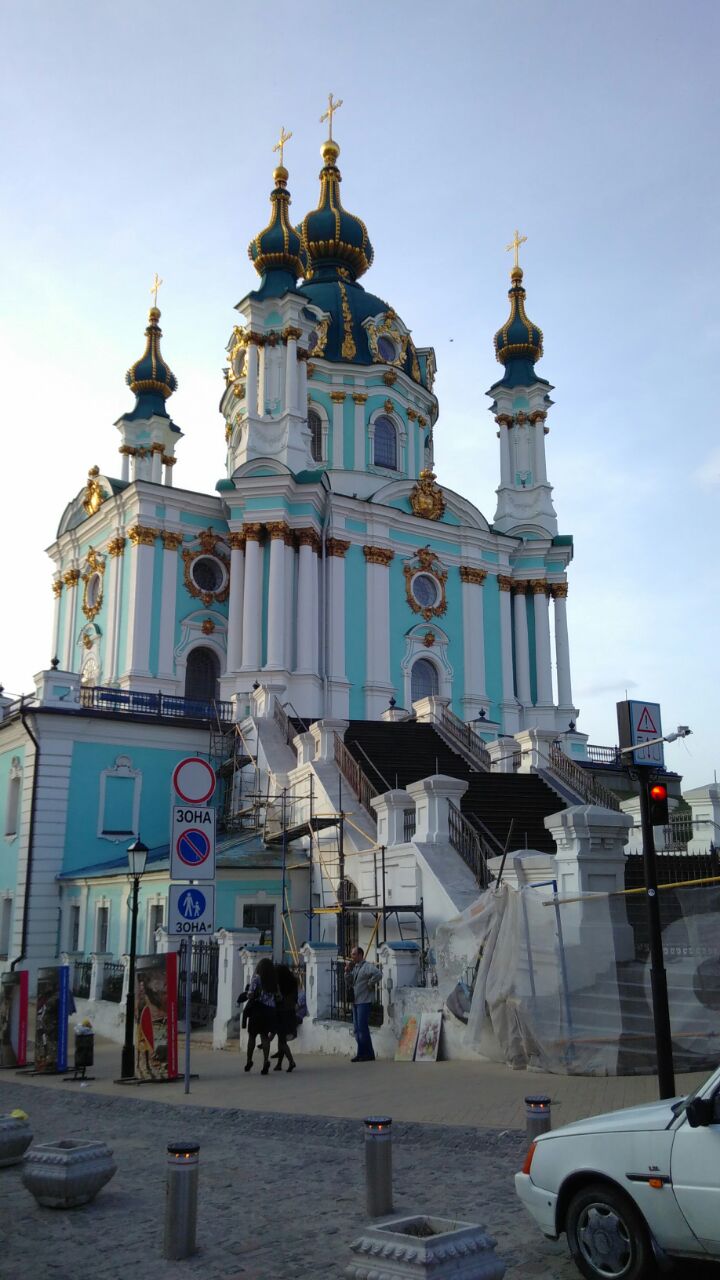 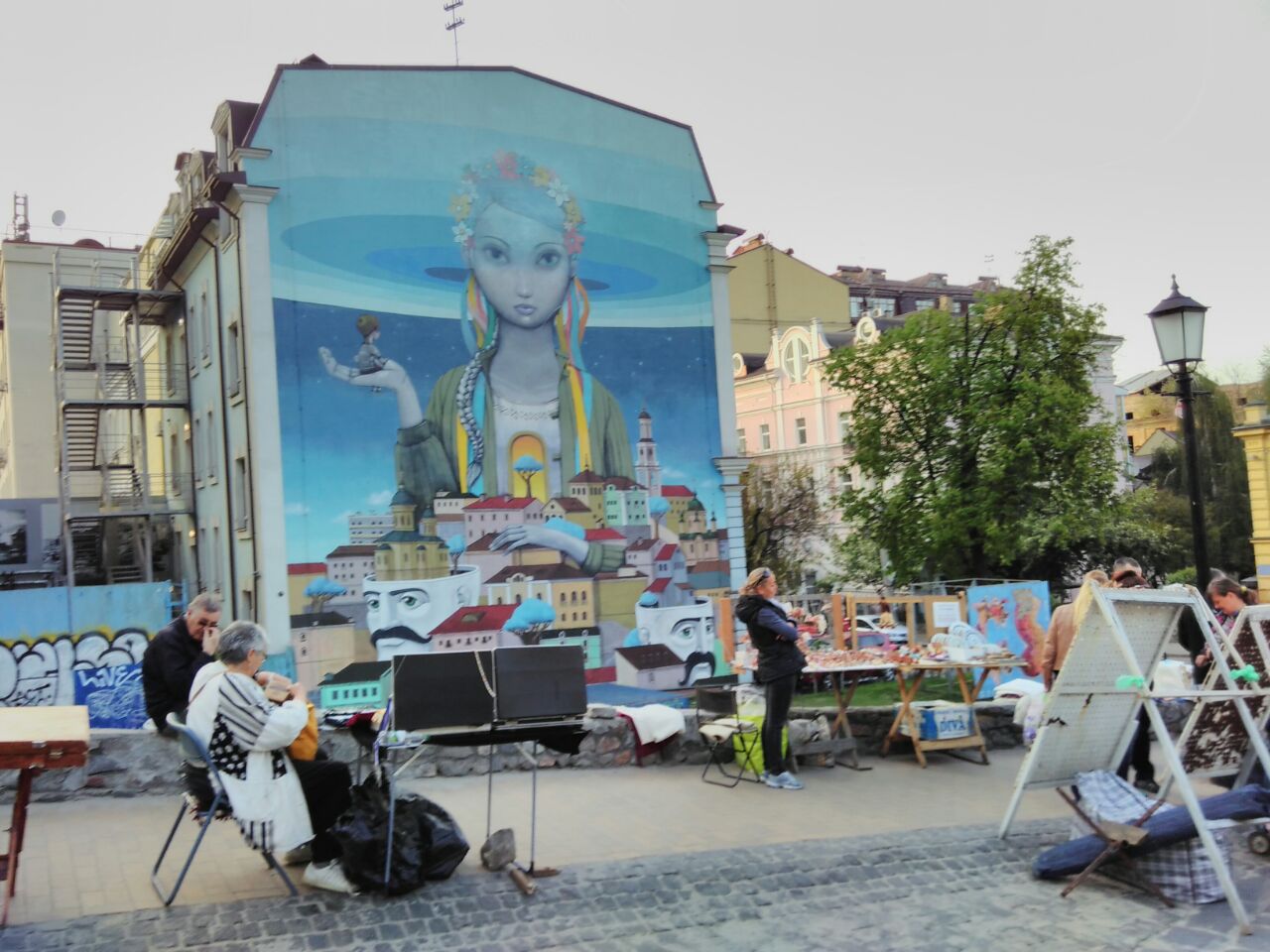 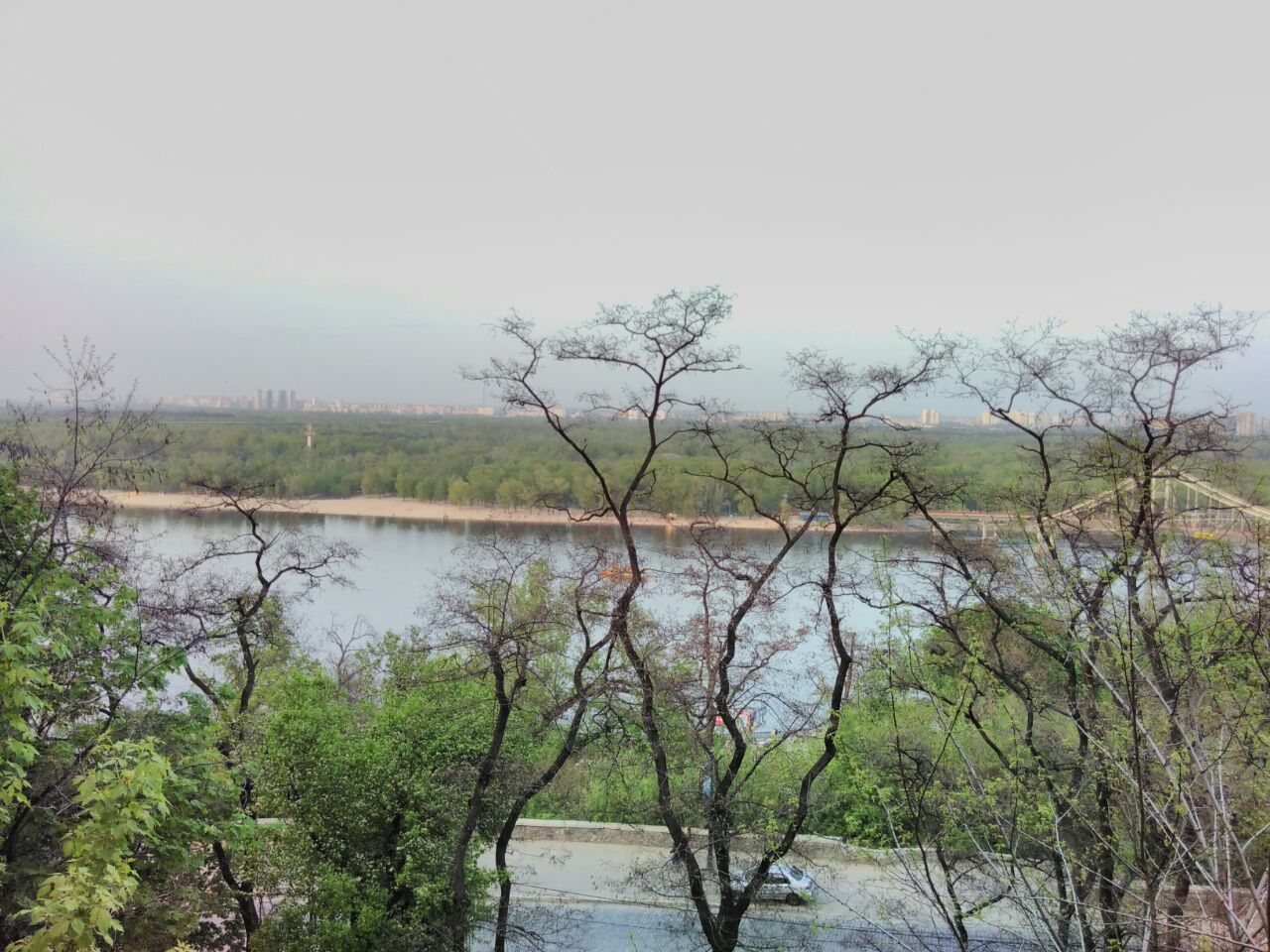 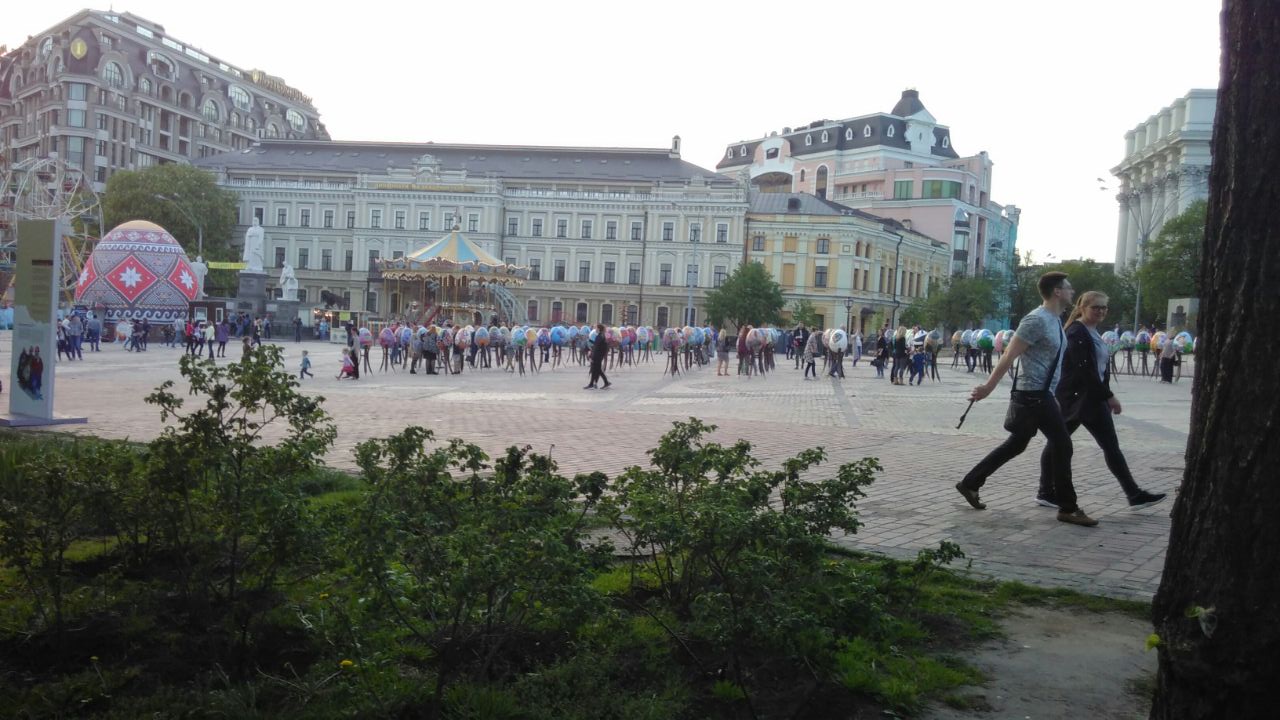 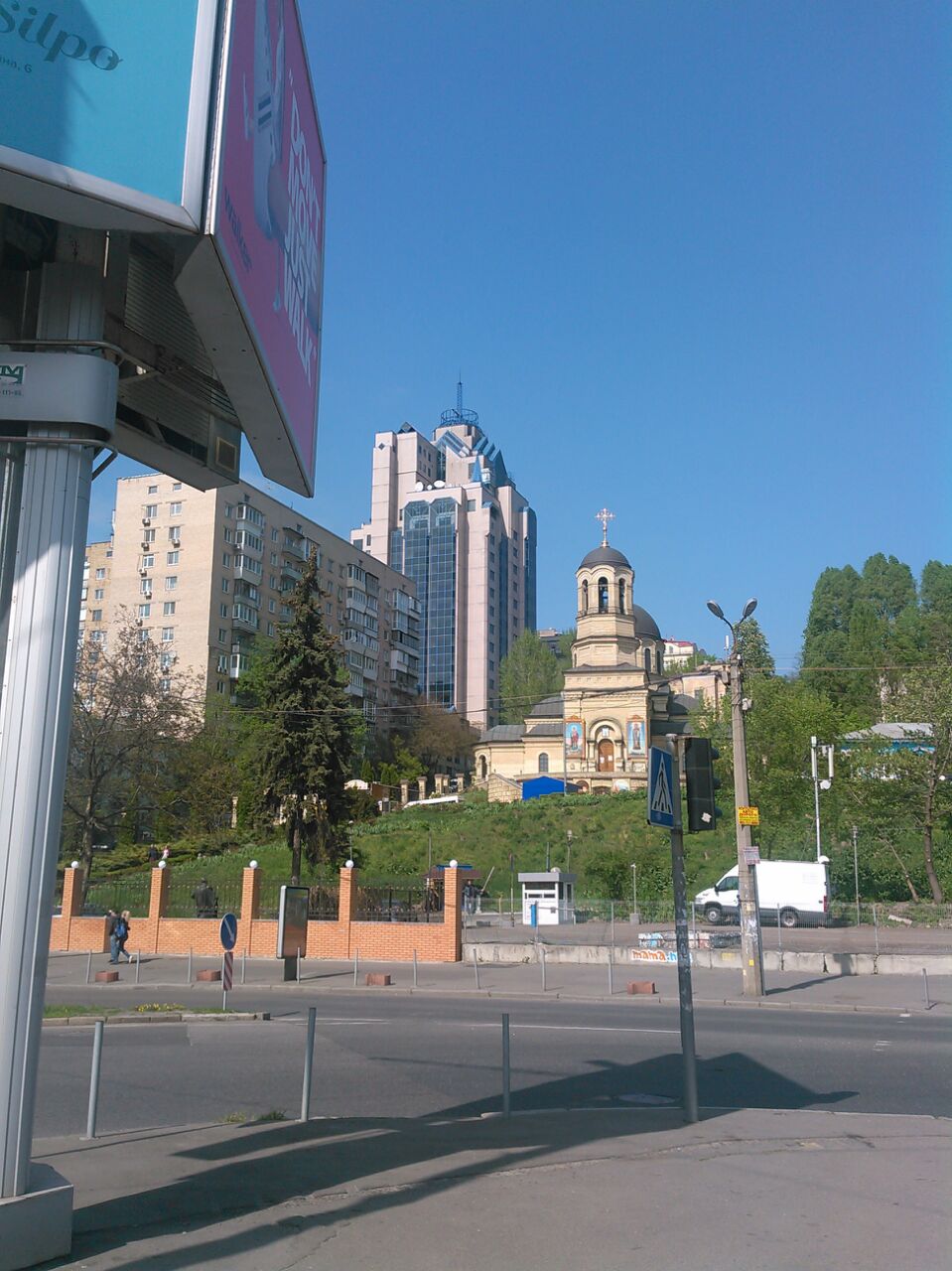 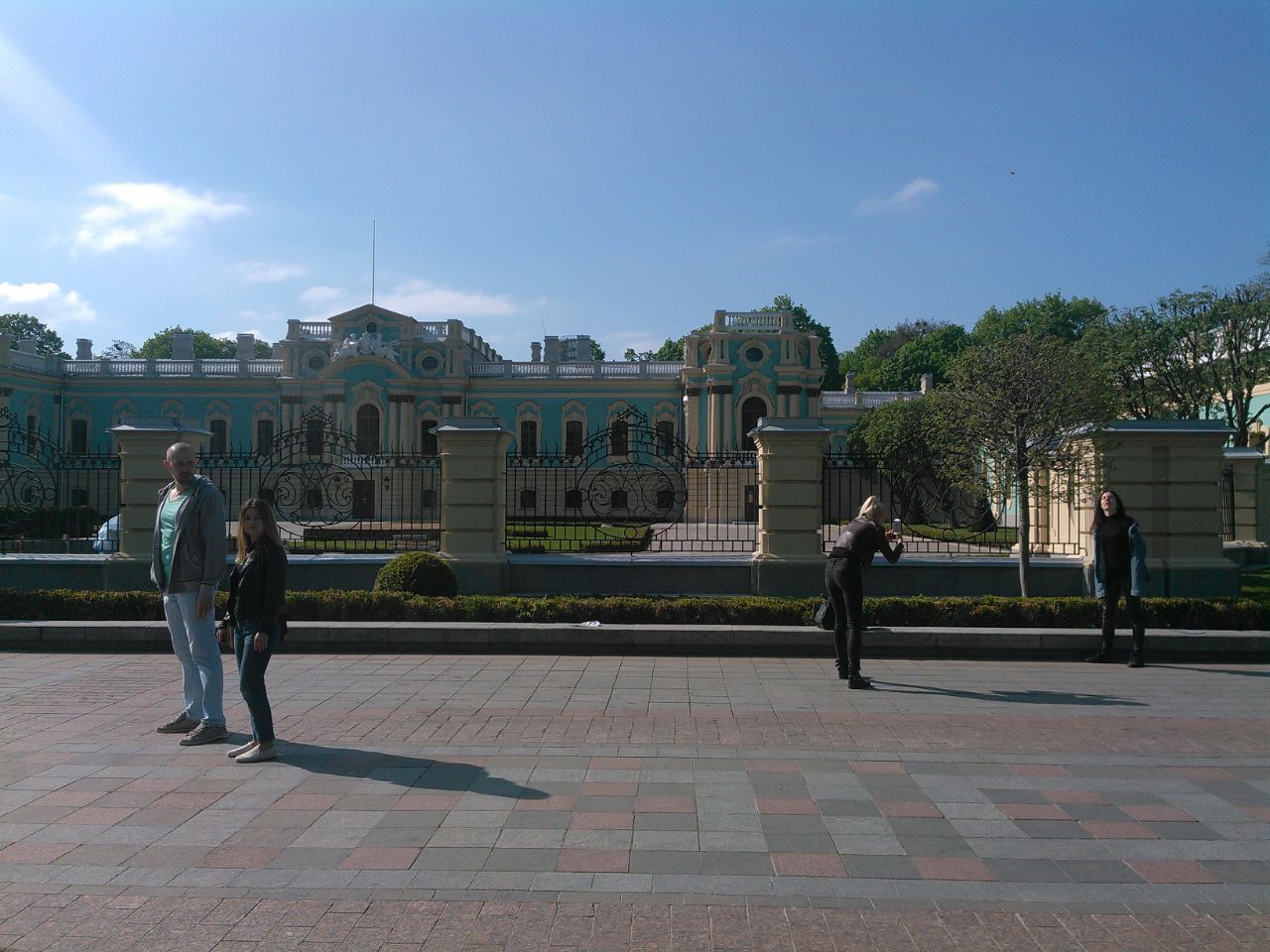 In the evening we found a wonderful place for dinner and later met with some other Rustaceans to spend some time in a bar which Steve Klabnik suggested.

The next morning it was time for a quite diverse range of talks. I particularly enjoyed:

During the day I had the pleasure to met the brilliant author of the Plushie Rustacean Pattern, E Dunham. She was impressed, that my girlfriend actually managed to create a Plushie Ferris from her description. 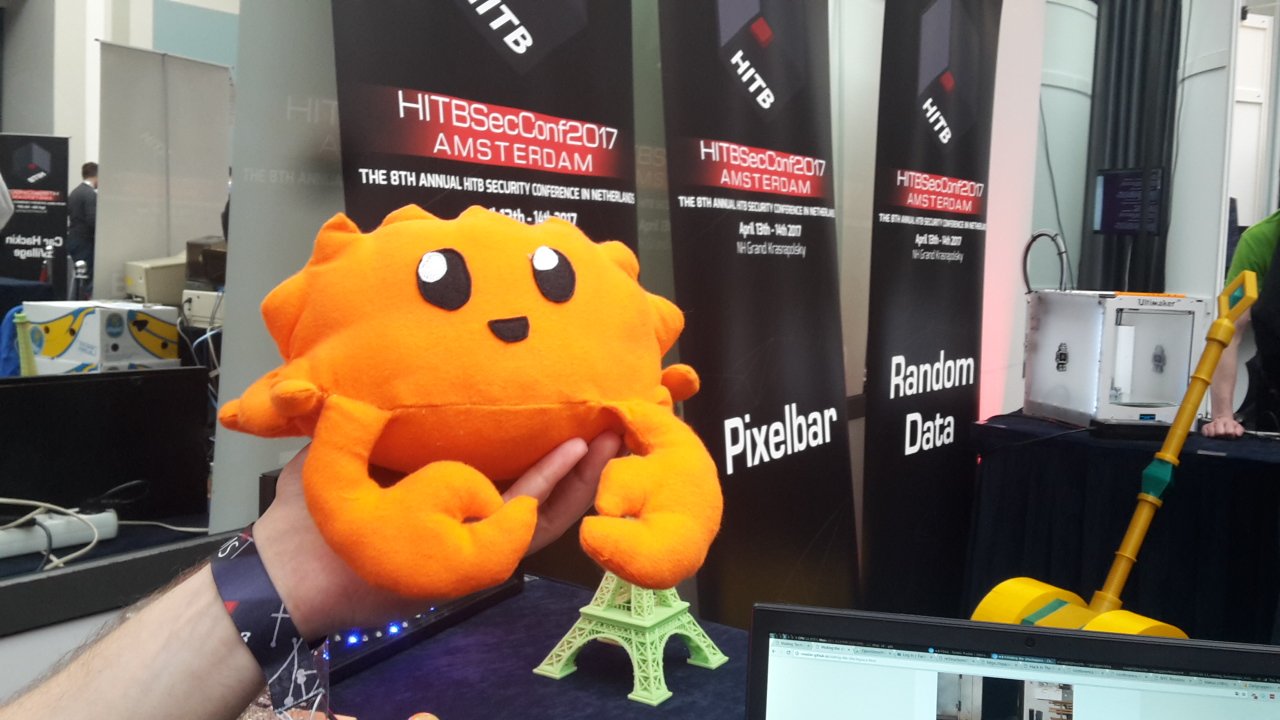 In the evening we had a great time during the after party. Getting to know the community from this very relaxed and personal side was absolutely awesome! I talked to quite a few people and learned lots of stuff. I also talked to Ashley Williams about how to best teach kids programming and other stuff, since we do that in our hackerspace. 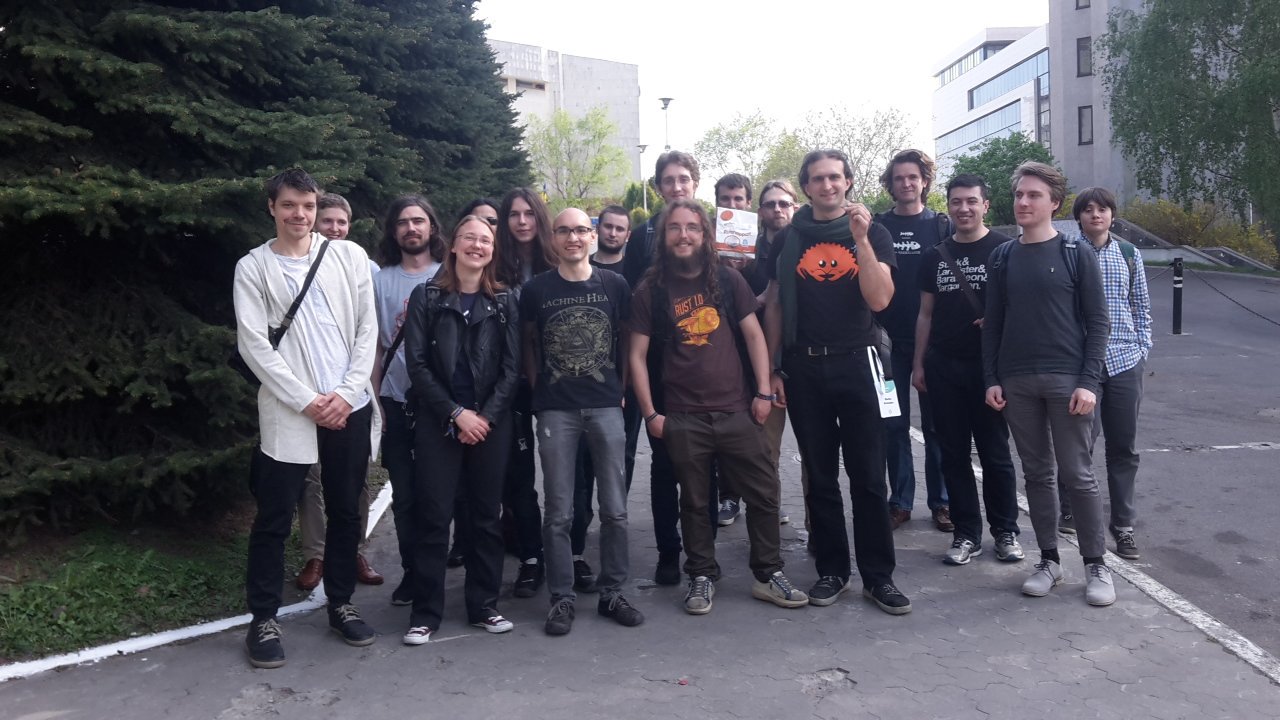 Me and some other Rustaceans

Just like last year, RustFest was super amazing! It's so awesome to meet this incredible community! I'm really looking forward to the next RustFest this fall in Zurich!

The next day I met with Dmitriy, who I met at RustFest, to get lunch together. Since he speaks Russian it was quite easy for him to chat with the locals and find us a good place to get some Ukrainian food.

I arranged with Anastasia from the Hacklab Kyiv that I could couch surf at their place. Since I wanted to meet with Anastasia to drop off my luggage, I agreed with Dimitry to split and see each other again in the hackerspace. Anastasia and her partner Sasha are some of the most lovely people I've ever met! They showed me around the city, helped me with public transport and it was always fun to hang out with them. So I was happy I brought some Swiss chocolate with me which I could give them as a gift.

After dropping my luggage we went to the hackerspace.

Entry to the HackLab Kyiv

Their hackerspace consist mostly of people which are interested in mechanical engineering and electronics. Due to that they own some awesome equippment such as multiple CNC machines, 3D printers, compressors and lots of other tools. 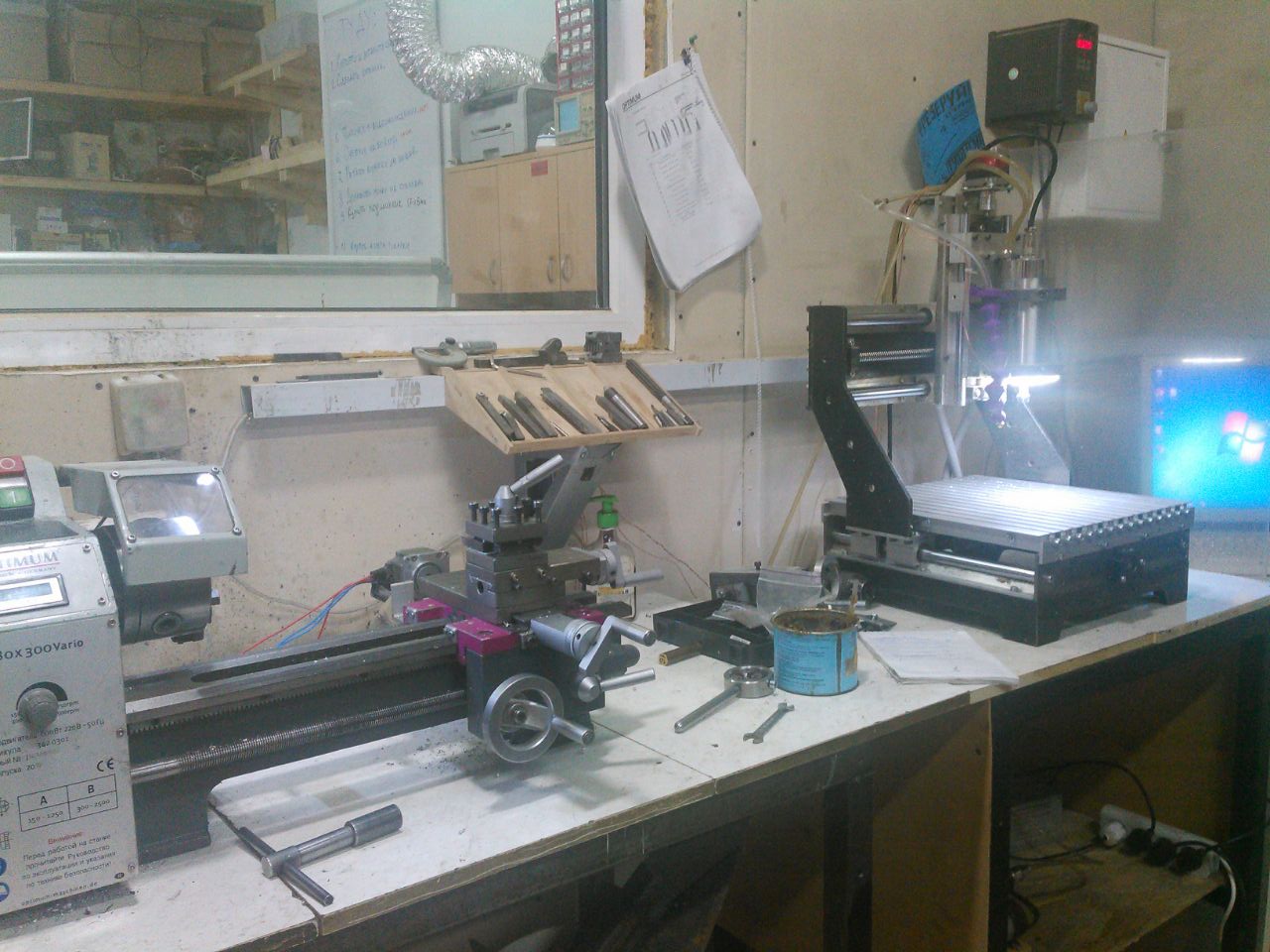 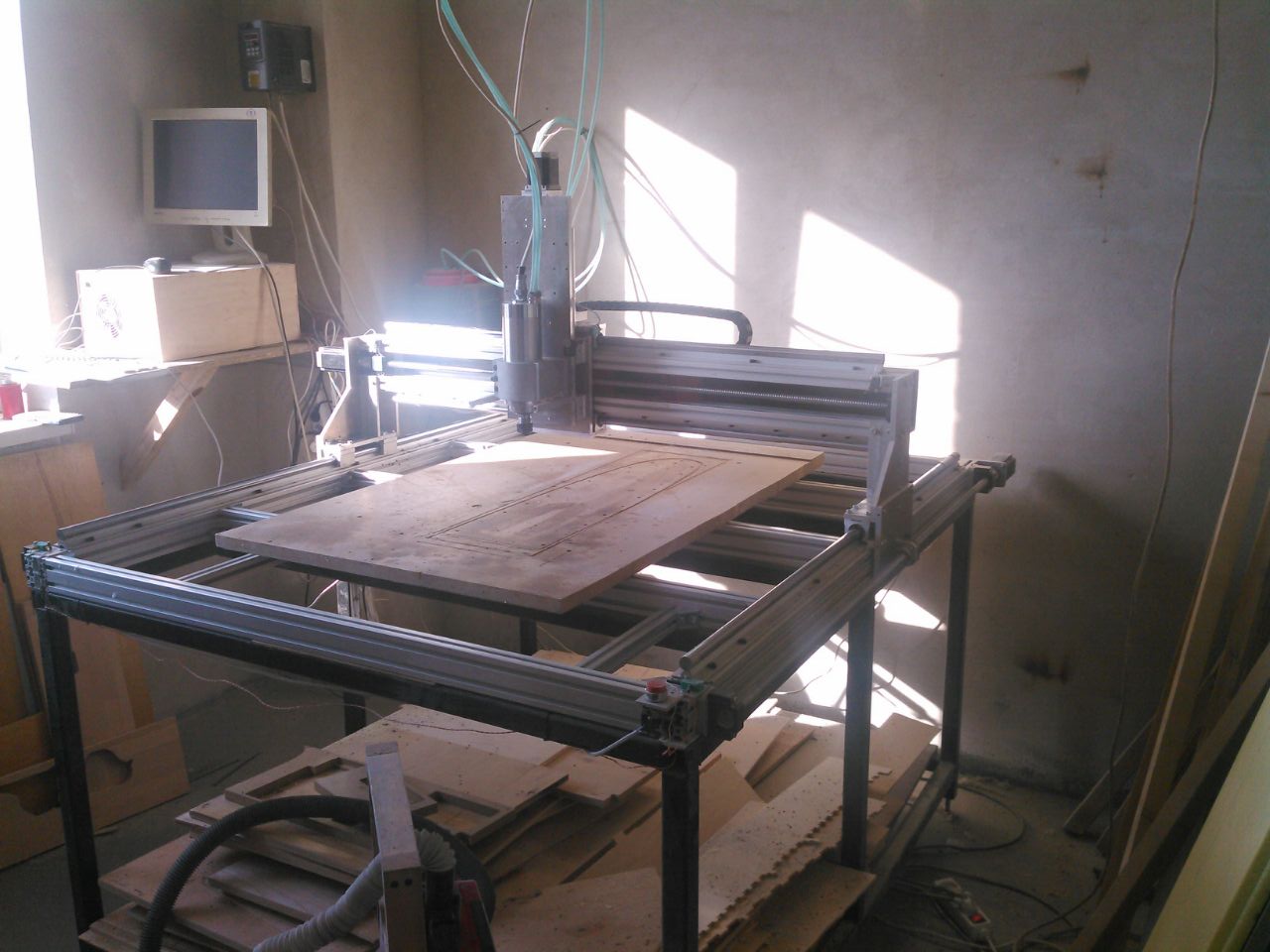 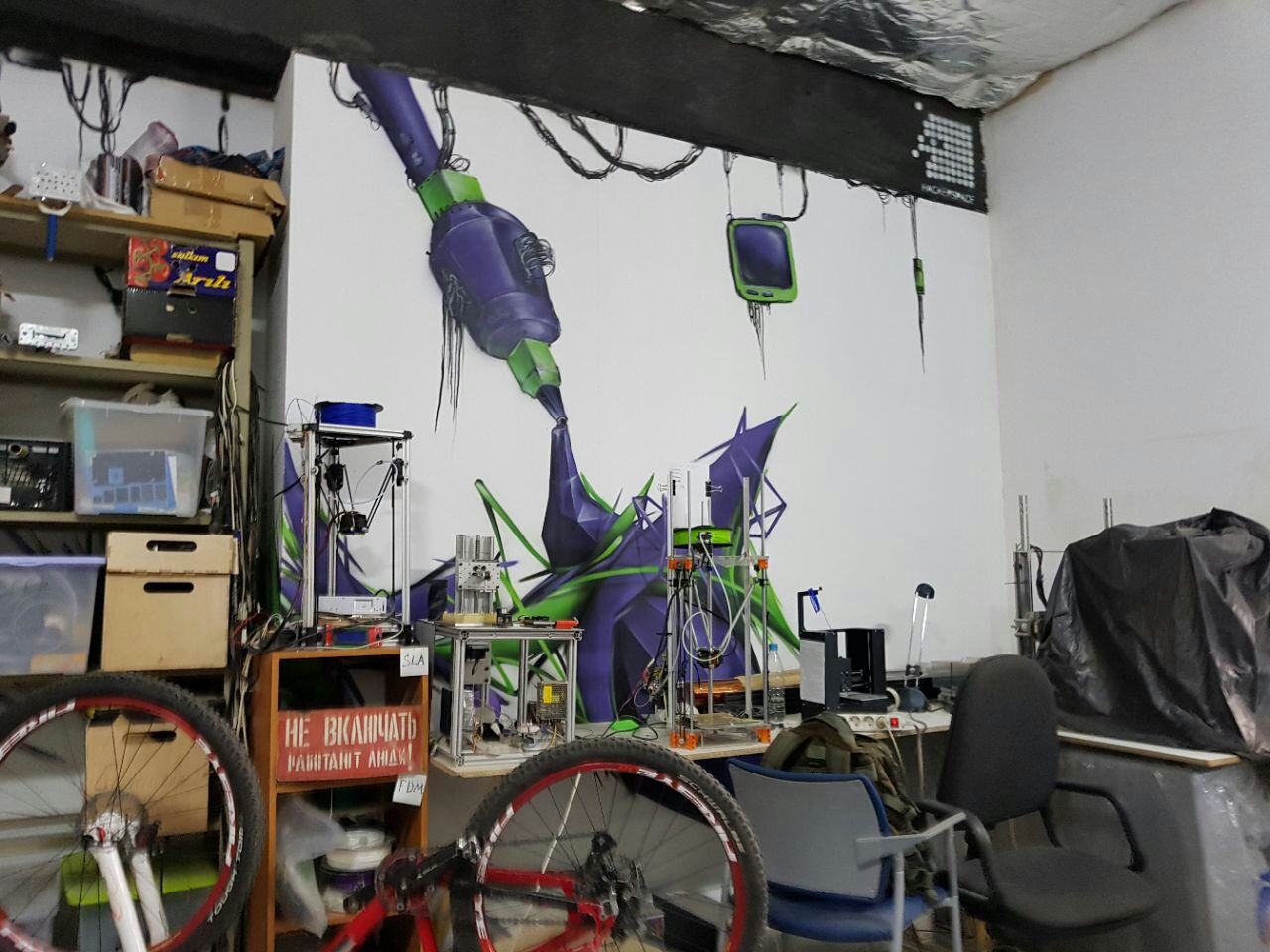 They created quite some awesome stuff with their 3D printer, including molds to create metallic stuff! 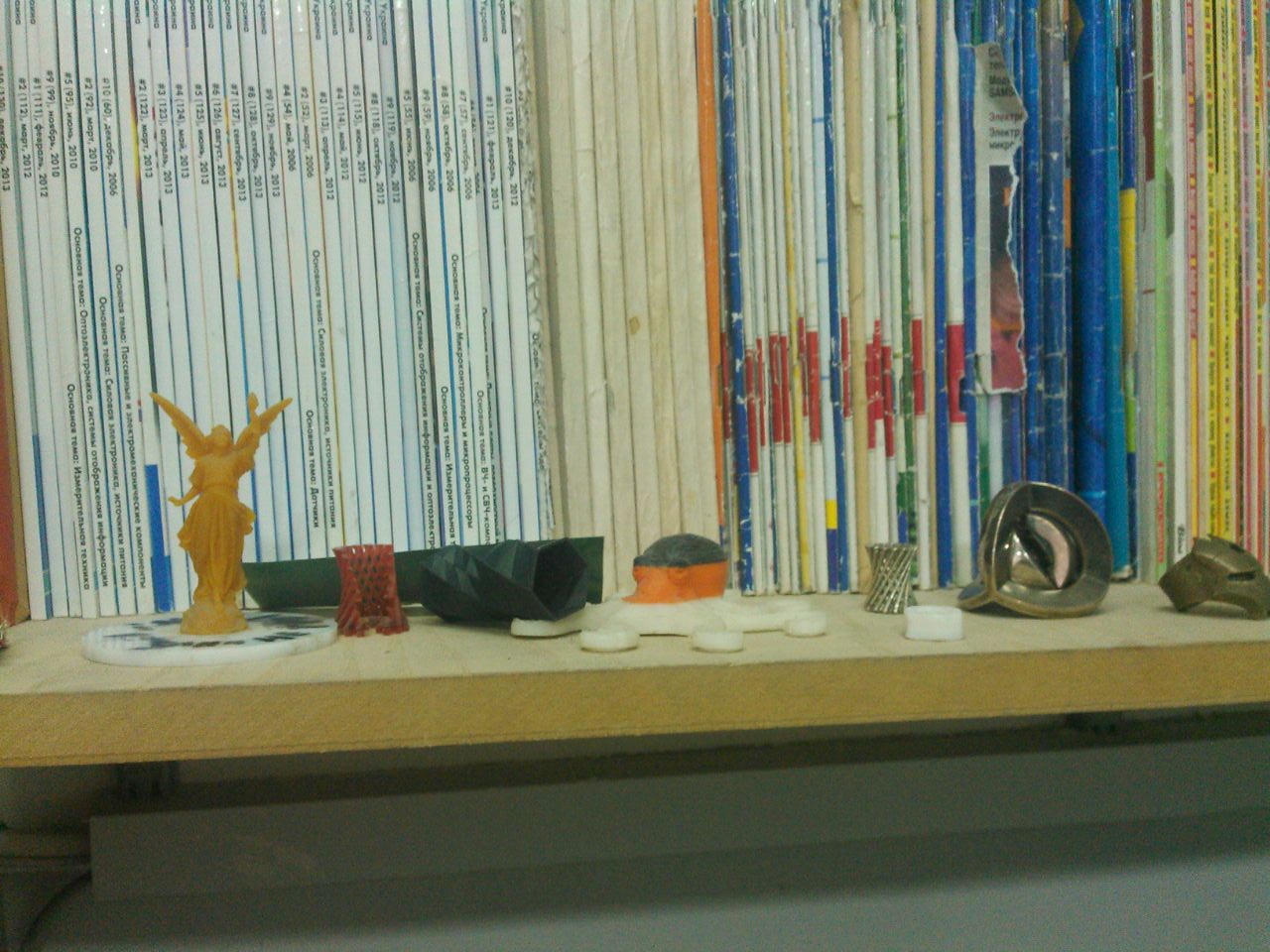 Awesome stuff they created with the 3D printers

Like most hackerspaces they also feature a big main working room 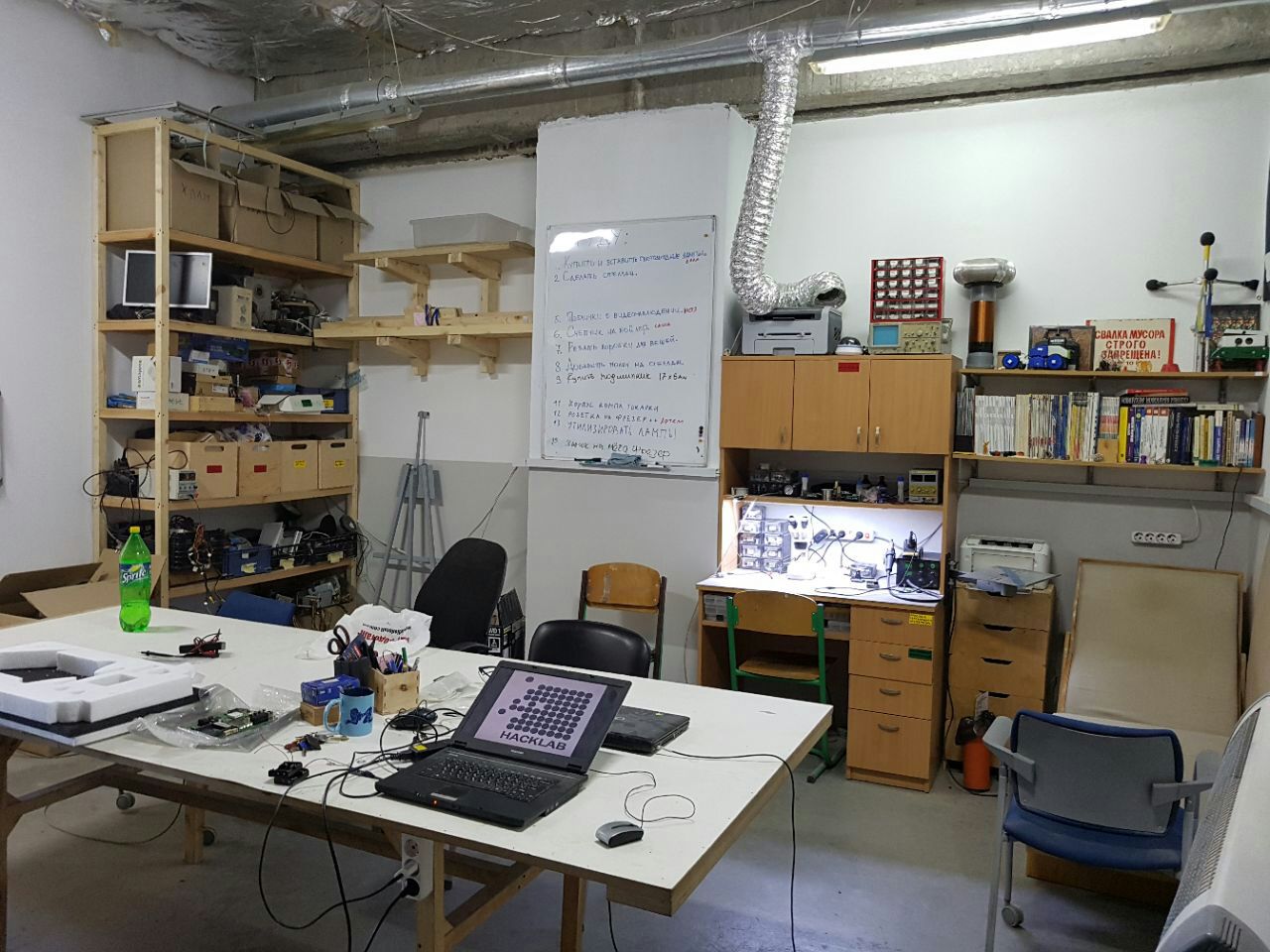 Additionally to that they feature:

In a room next to the hackerspace there is a studio for people working with ceramics. They told me that they share some tools and generally support each other. 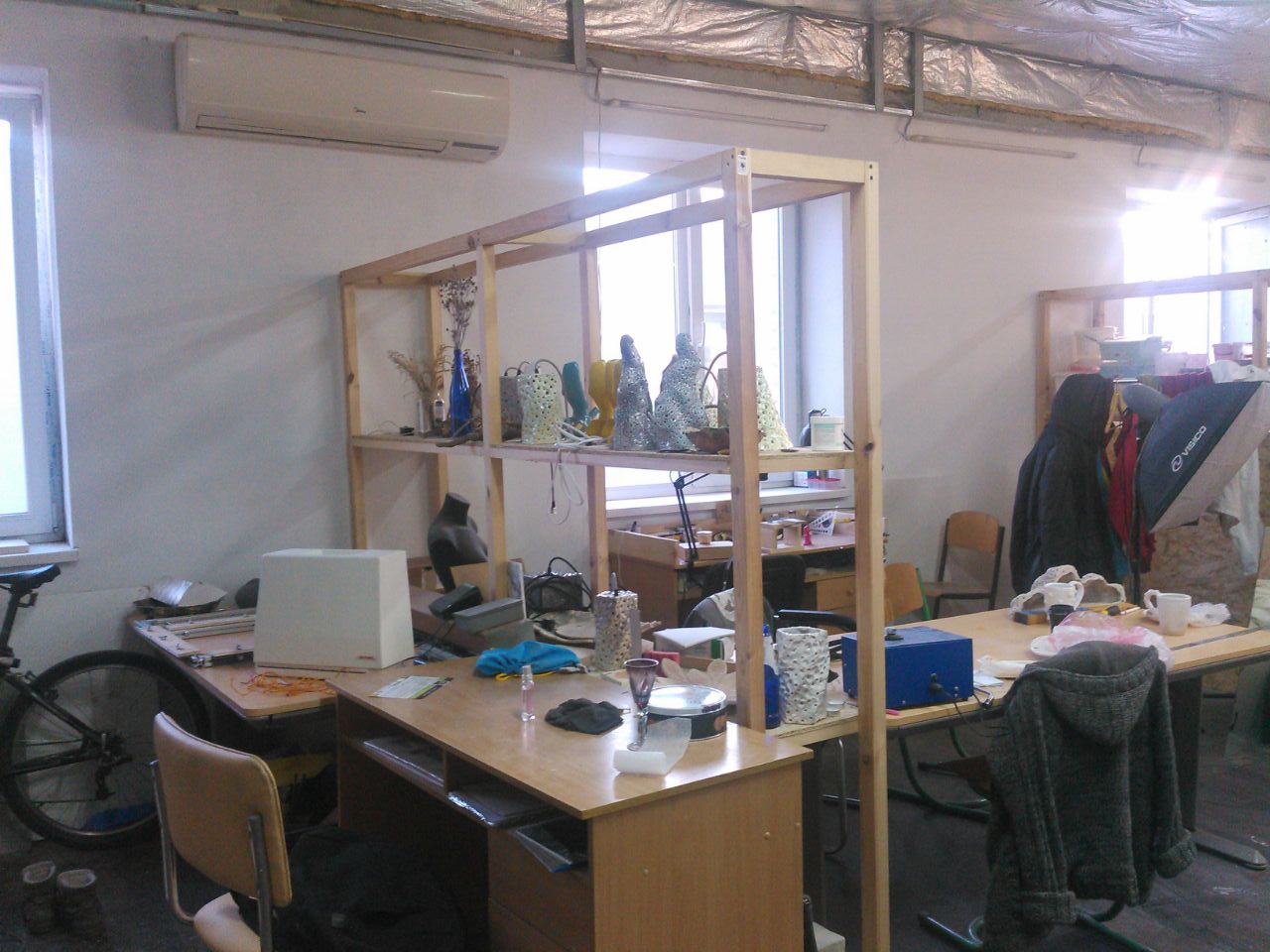 After they had shown me around and I talked to most of them for some time, some of us went to get dinner together. We spent a considerable amount of time discussing various things, amongst others the problem that a lot of spaces share: The founders are basically the only ones taking care of everything in regard to organizing the space.

We have this problem as well in our space and tried to solve it, by actively splitting responsibilities for various tasks. An example is: For a long time Danilo Bargen, our formal president, was responsible for every single IT infrastructure task at coredump. So I encouraged him to show me how to manage our servers, update services and so on. This not only to let him have more time at hand, but also to remove a single point of failure in our organization.

The next day I spent some time trying to repair my Fairphone. At first it seemed to work perfectly, but after some time it did again refuse to charge.

My flight back was on 16:45. This time I actually was able to catch it, but if you want to hear a funny story on how I almost missed it again, feel free to DM me on Twitter ;)

I definitely enjoyed my stay in Kiev and my visit to Hacklab Kyiv. I'd loved to stay a few more days, but my travel continued back to Budapest and then further on to Szeged.