After the quite long train ride from Timișoara to Belgrade via Budapest, I finally arrived in Belgrade around 16:00. Like most of the time, the first thing I did was getting some local currency, sitting in a café and figure out where I can stay. I chose the Hostel White Town because it is really close to the Hacklab Belgrade.

This turned out to be a great choice! It's not really a hostel, but more of a guest house. And the owner is one of the most lovely persons I've ever met! She tries hard to make your stay as pleasant as possible and it's also fun to hang out with her. For example she provided me with a mobile hotspot so I could have access to the internet on the go. I also met a Russian guy who lives there since a few month. It was fun to hang out with him and he showed me some cool places in the city.

Sadly the hackerspace wasn't open during my stay. But I contacted them on their mailing list and one of them told me that we could meet the next day in the afternoon so I can take a look at the hacklab.

So the next day I took a look at the city and then proceeded to the hacklab in the afternoon. 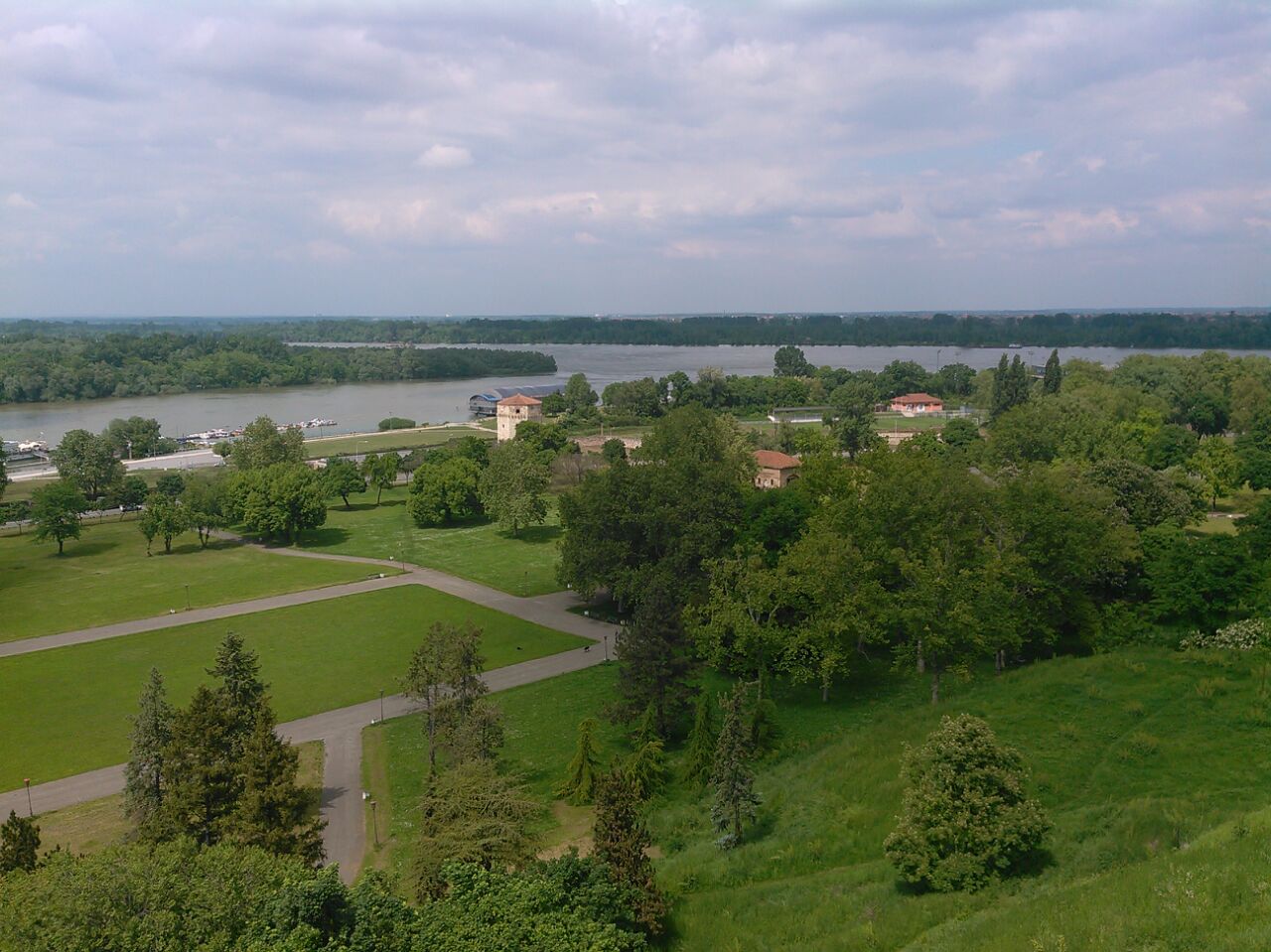 View in Belgrade where the Danube and Sava rivers join

The hacklab is actually located in a former flat and thus contains a nice kitchen and bathroom. 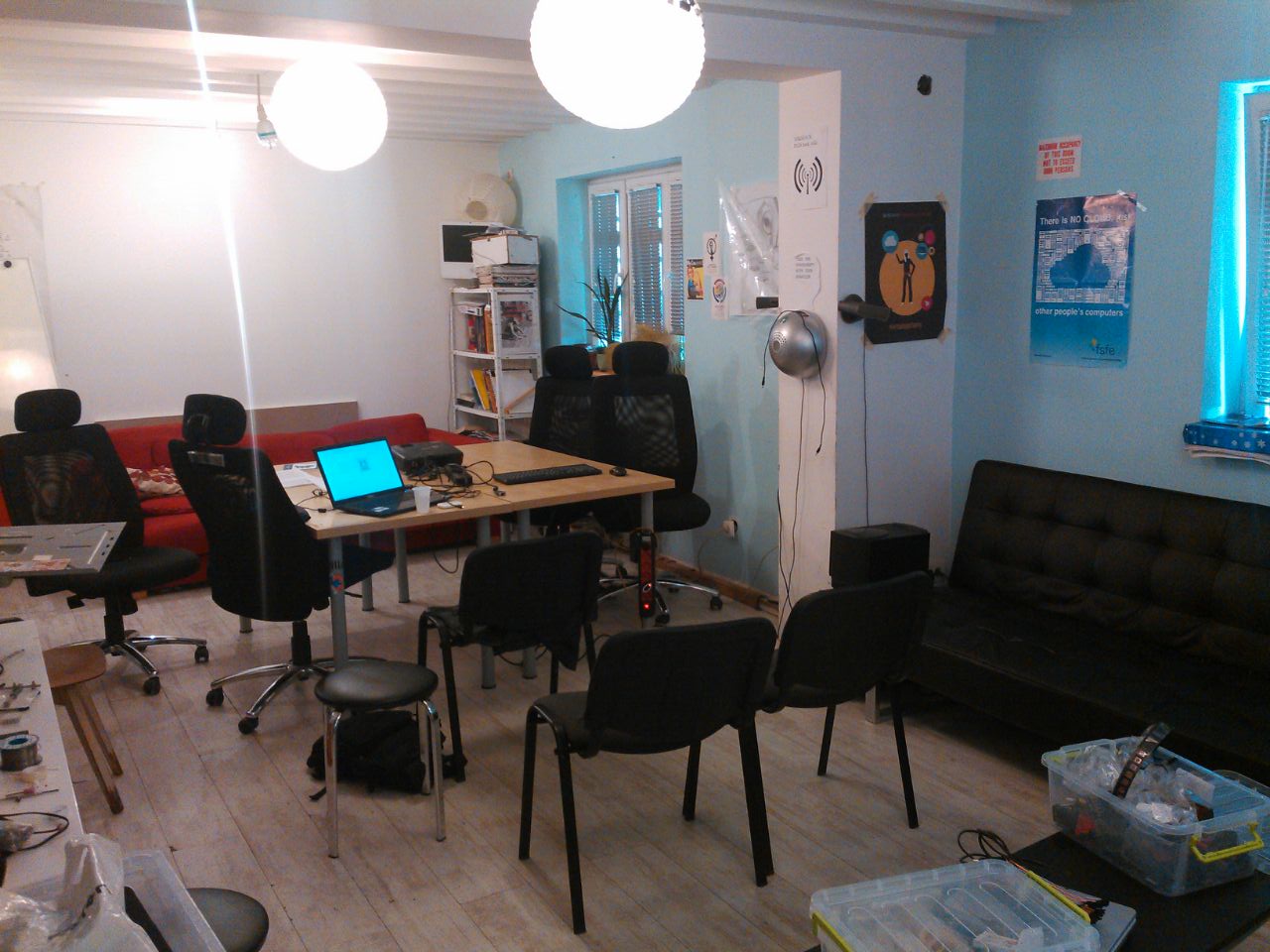 Main room of the hacklab

The space basically consists of the main room which has some working places and sofas. There is also a place to do electronics work. 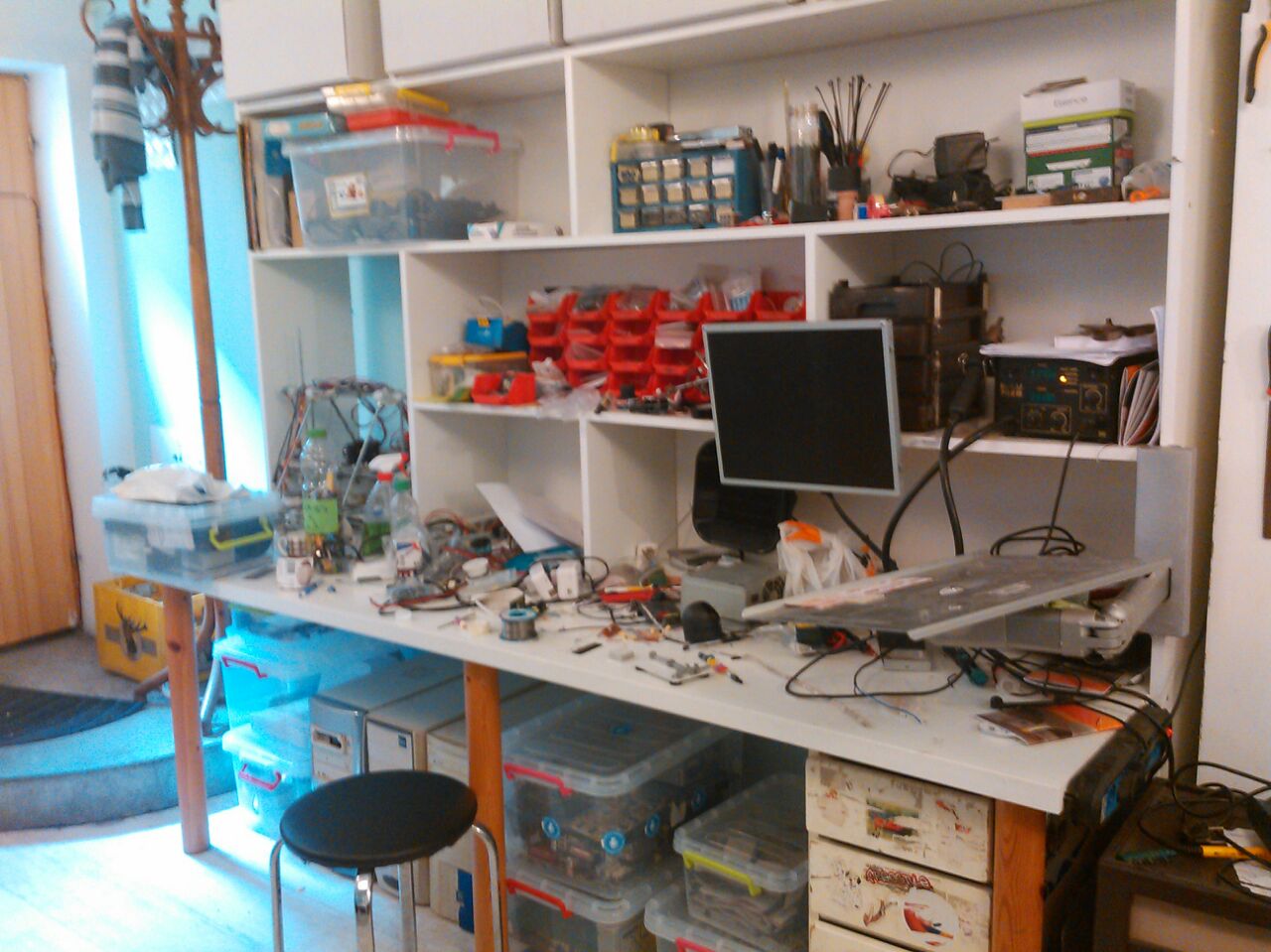 They also have a second room which provides some more working space. 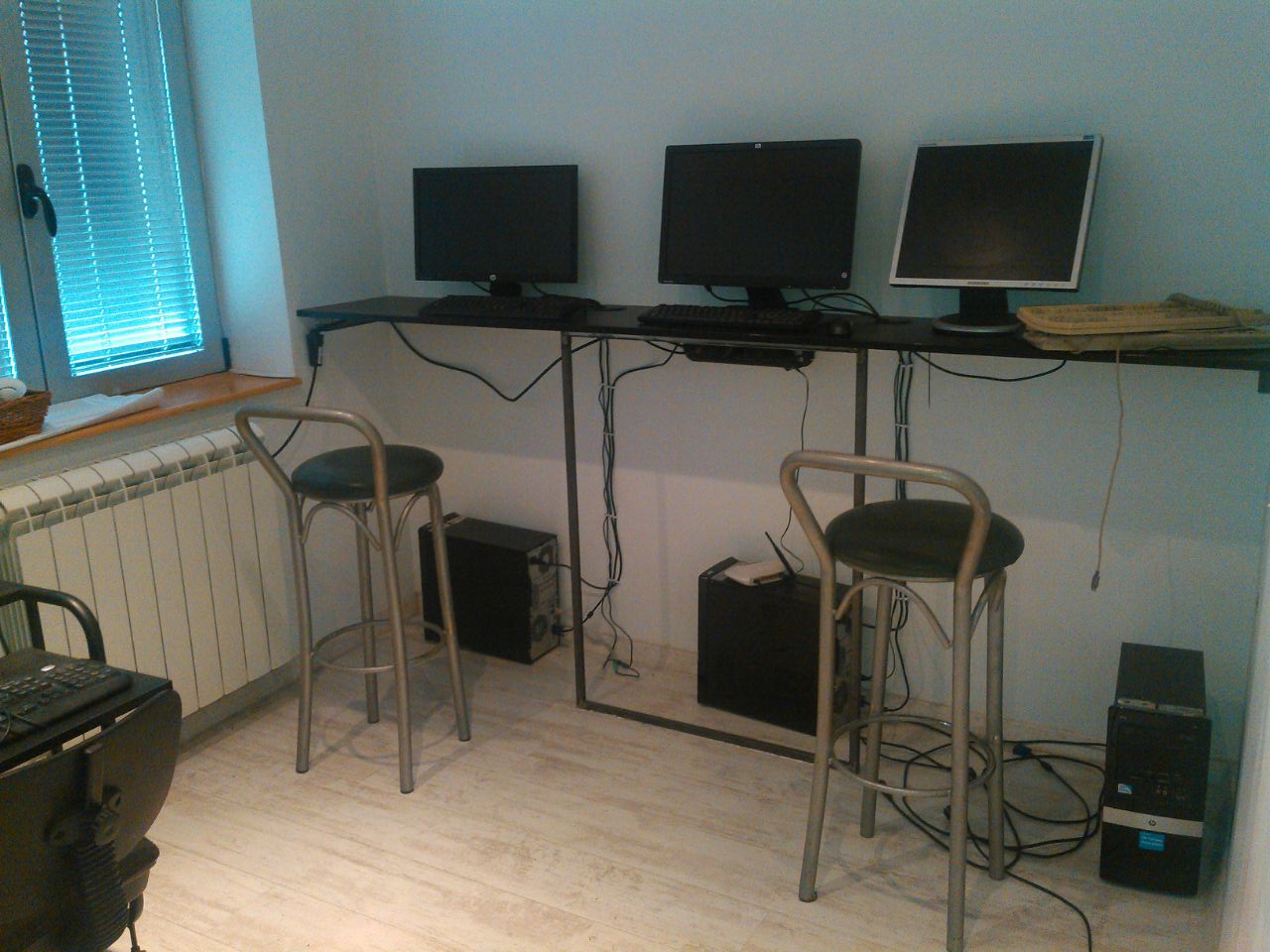 An interesting thing in their space is the book scanning machine. One can use it to digitize books. 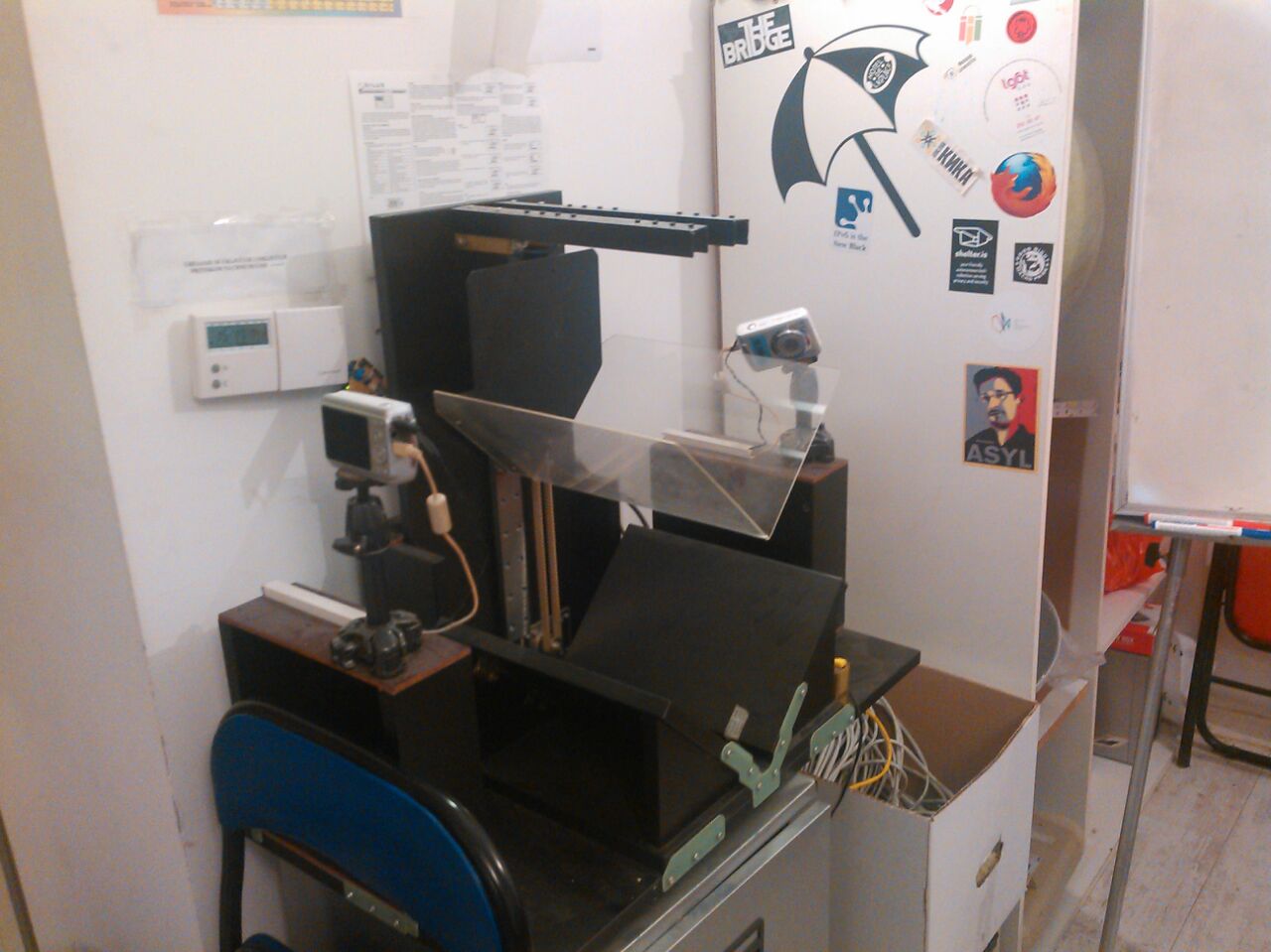 After showing me around we got to talk about what they mainly do in the space. He told me they have lots of meetups and language training courses. They provide these as a kind of free education, because a lot of students who finished studying can't find a job related to their field and thus try to find a programming related job.

So after my rather short visit in both Belgrade and the hacklab, I continued my travel to Sarajevo!