Since I hit the bars a bit too hard with some of the guys and gals of brmlab, I had a bit of a hard time getting up in the morning. Anyway, I quite enjoyed relaxing a bit in the train while travelling to Bratislava.

A member of the hackerspace, Andrew, described me pretty well on IRC how to get to the Progressbar from the train station, while also getting quite a nice look at Bratislava at the same time. 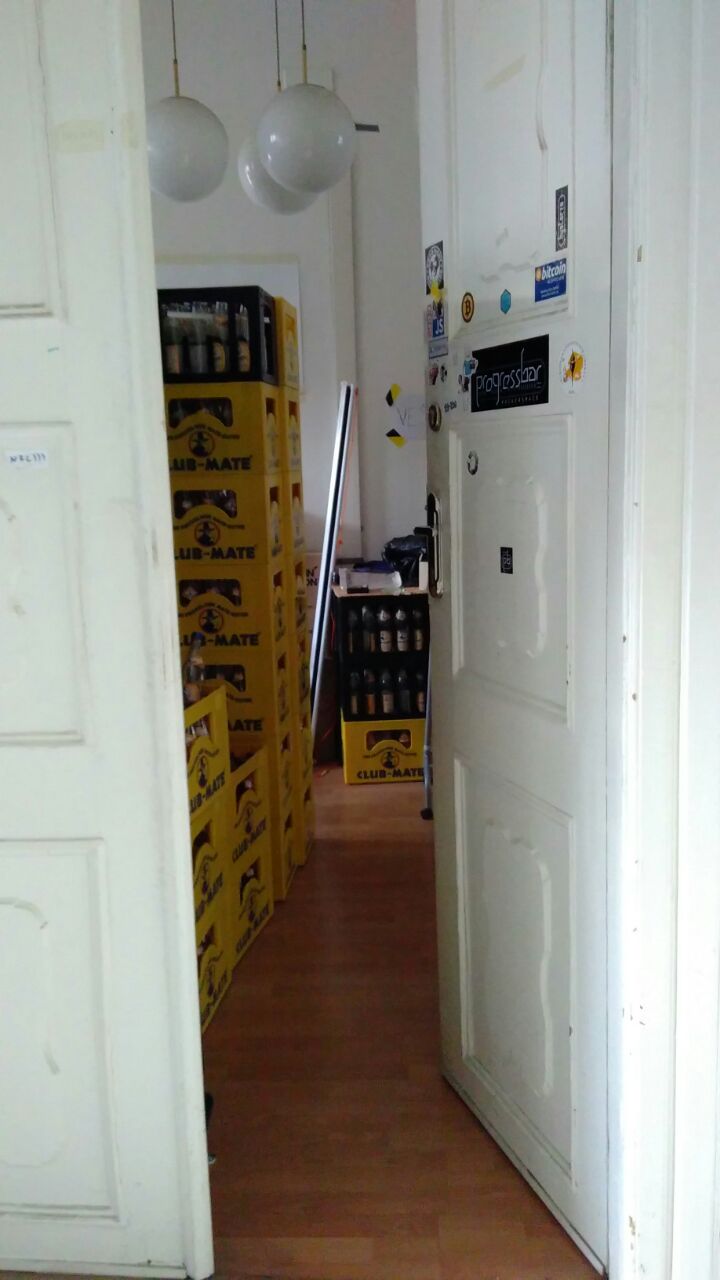 Entry to the Progressbar

After arriving he gave me a tour around the space and then continued to repair his bike. 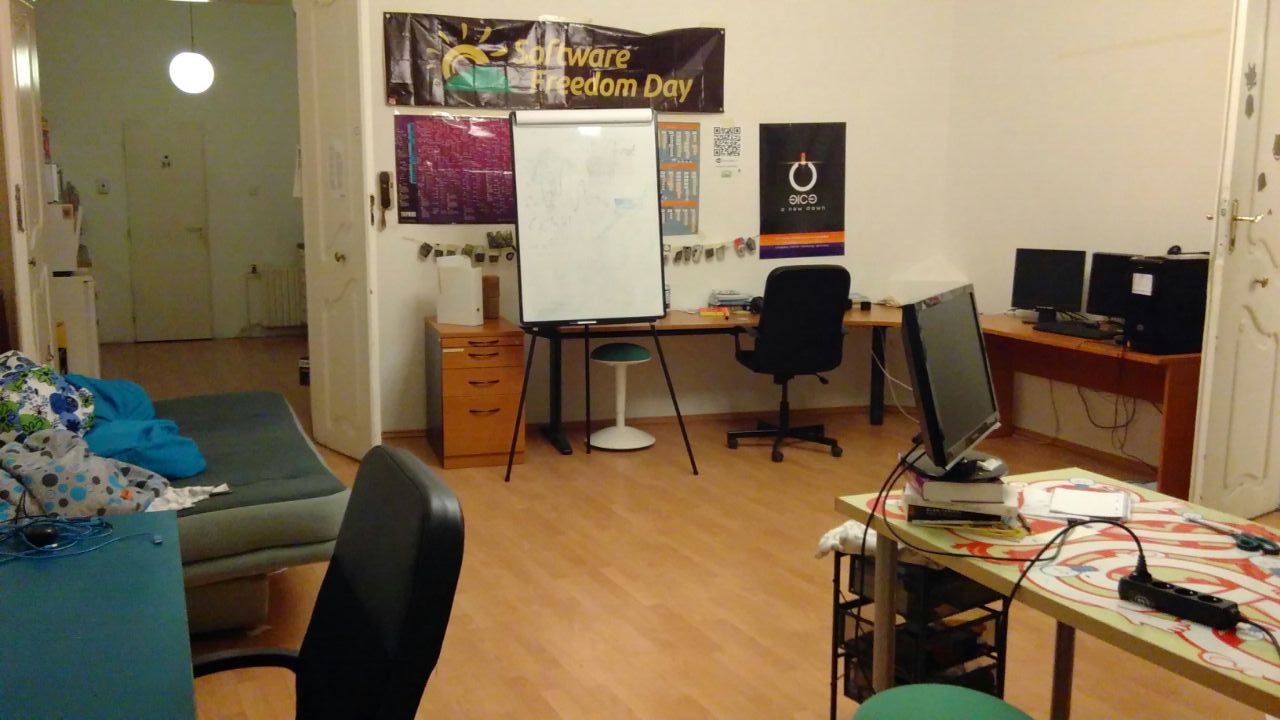 And in the next room there's the kitchen: 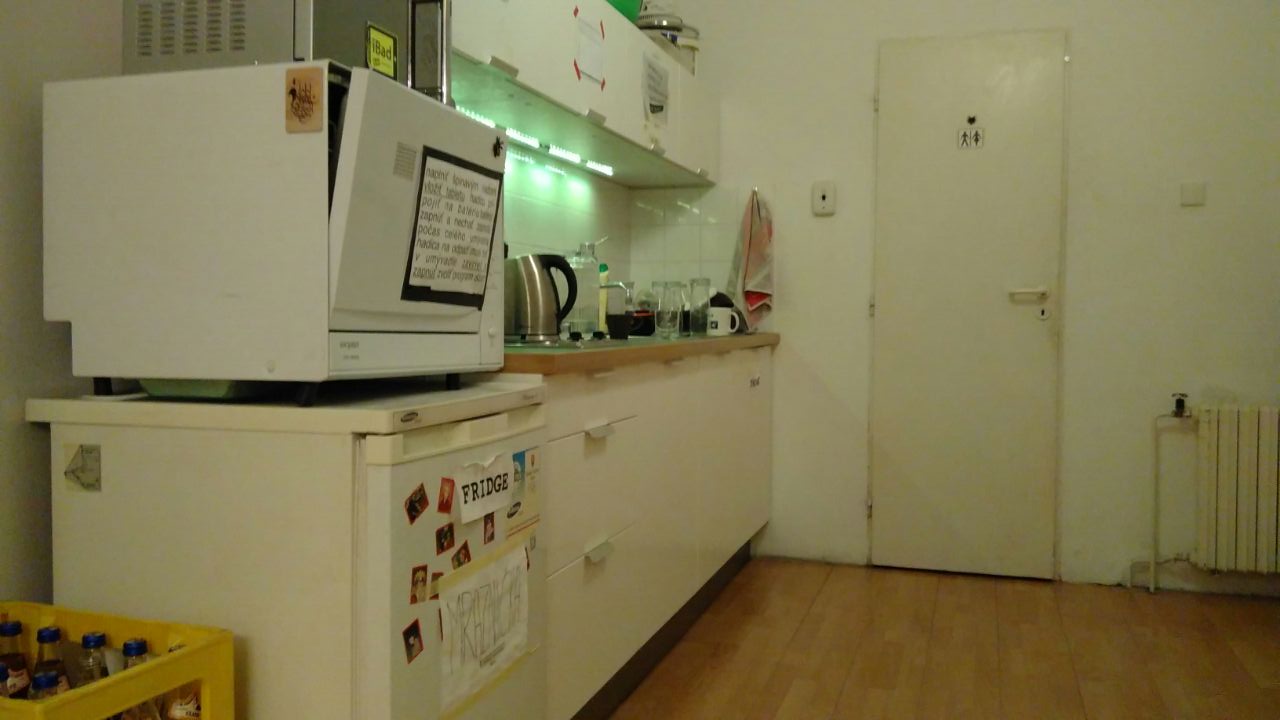 On the opposite site of the space there is also a room with an electronic lab and some tooling: 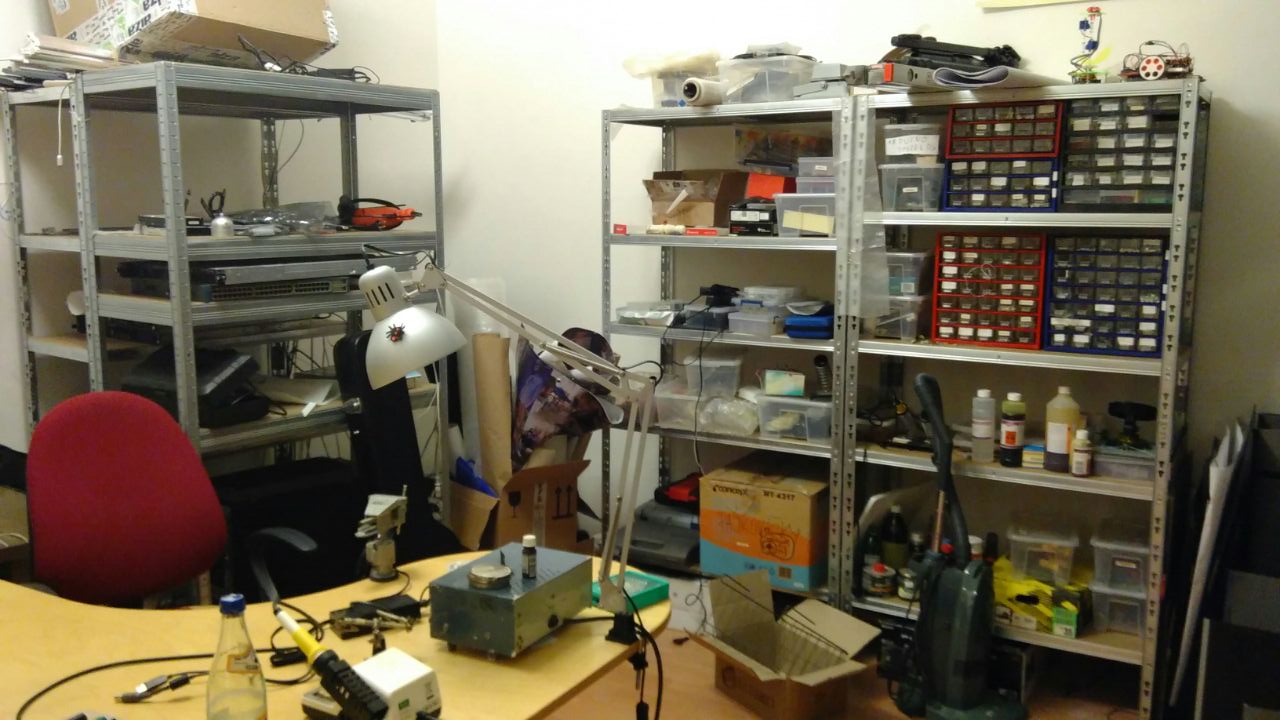 Of course the space also has some awesome decorations:

As soon as Andrew finished fixing his bike, we went to have dinner. He then continued to show me a bit of Bratislava and the local beer culture. 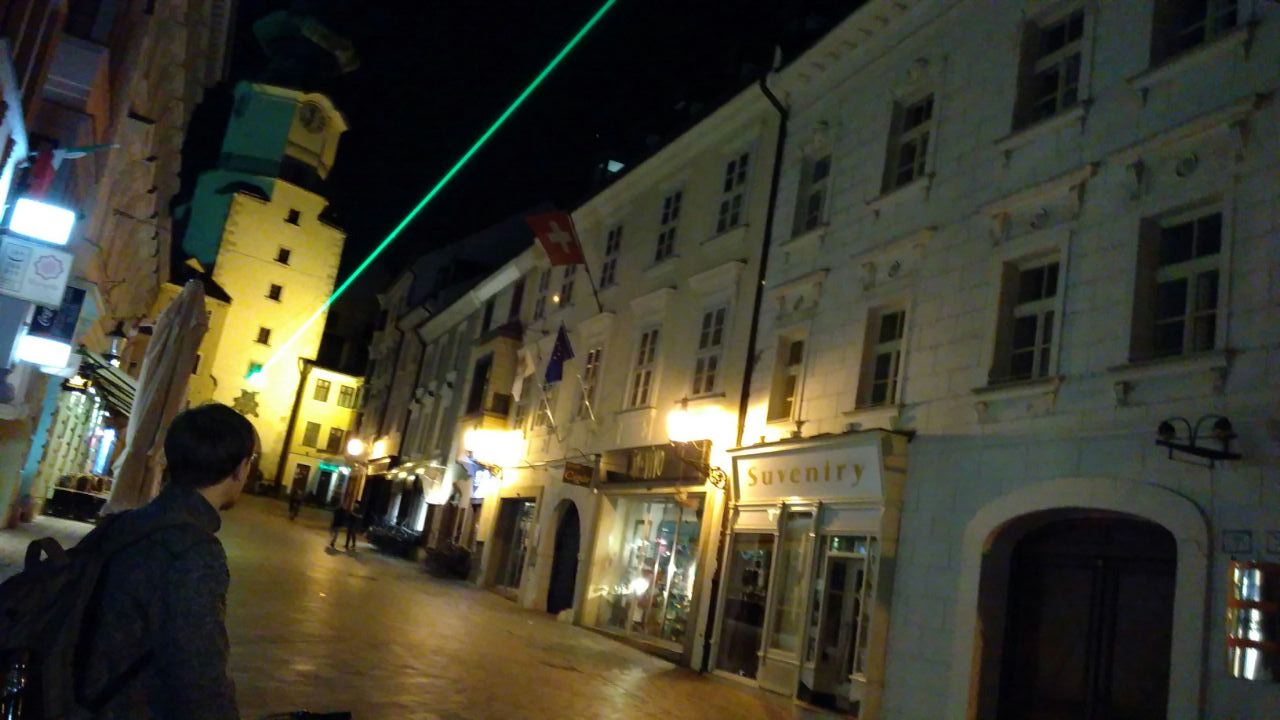 Outside of Progressbar in the old town

The next day I took a look at the city, which is rather small but pretty. In the evening I attended the scuttlebutt workshop in Progressbar. Scuttlebutt is some kind of distributed cryptographically signed message board, where every identity has a append only feed. I shortly tested the patchwork scuttlebutt application. For me it felt a bit like a distributed Twitter.

Since a few of the guys there are also Rustaceans we also talked about that, and they told me that their door lock implementation runs with Rust. 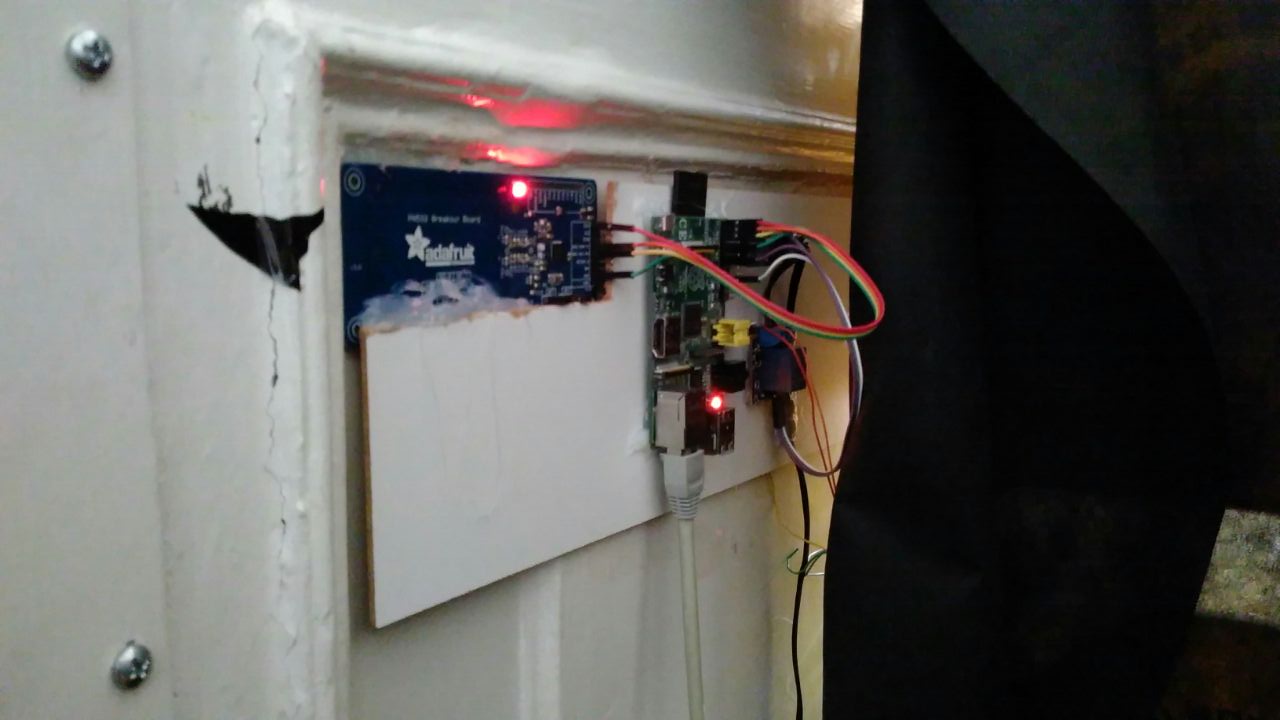 Later that evening we started to watch some 64k demos, of course including the two I know of which are written in Rust: 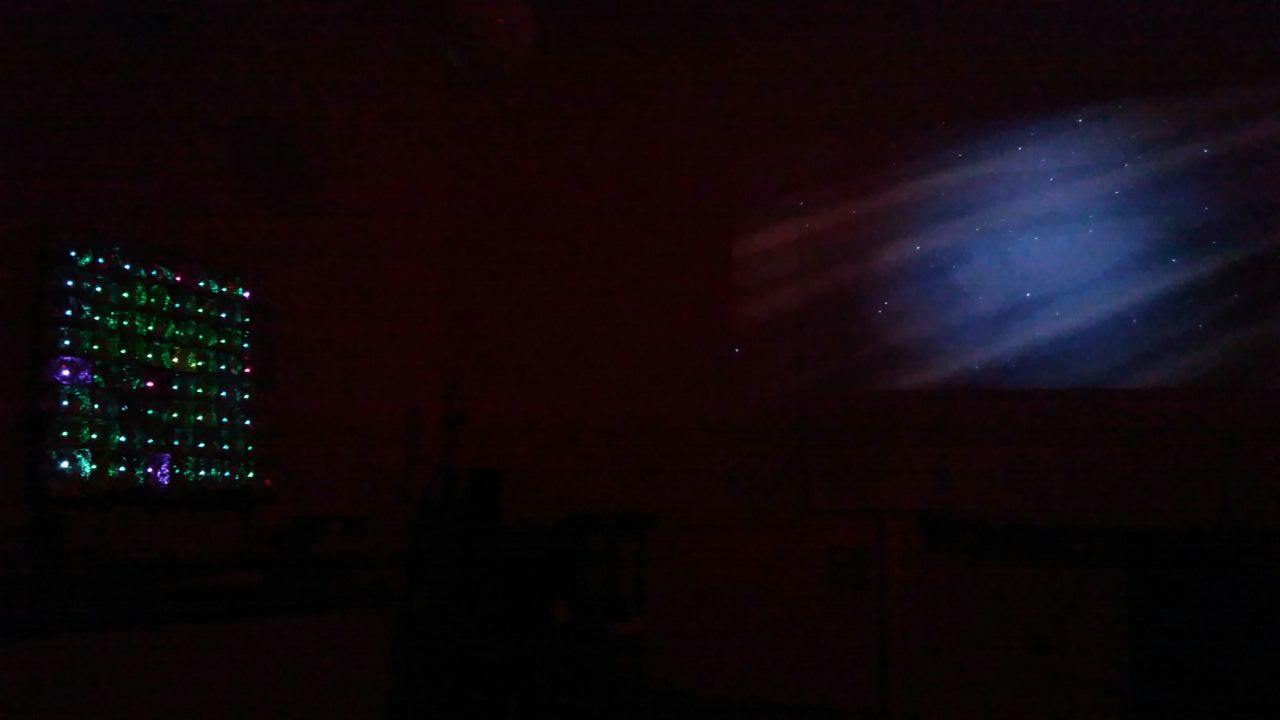 64k demo time with animated LED bar on the left

I really enjoyed my time in Progressbar and their hospitality was amazing!

The next day I actually spent in Vienna, which is just a 1h train ride away, were I visited Metalab.

The space is located centrally close to the "Rathaus". 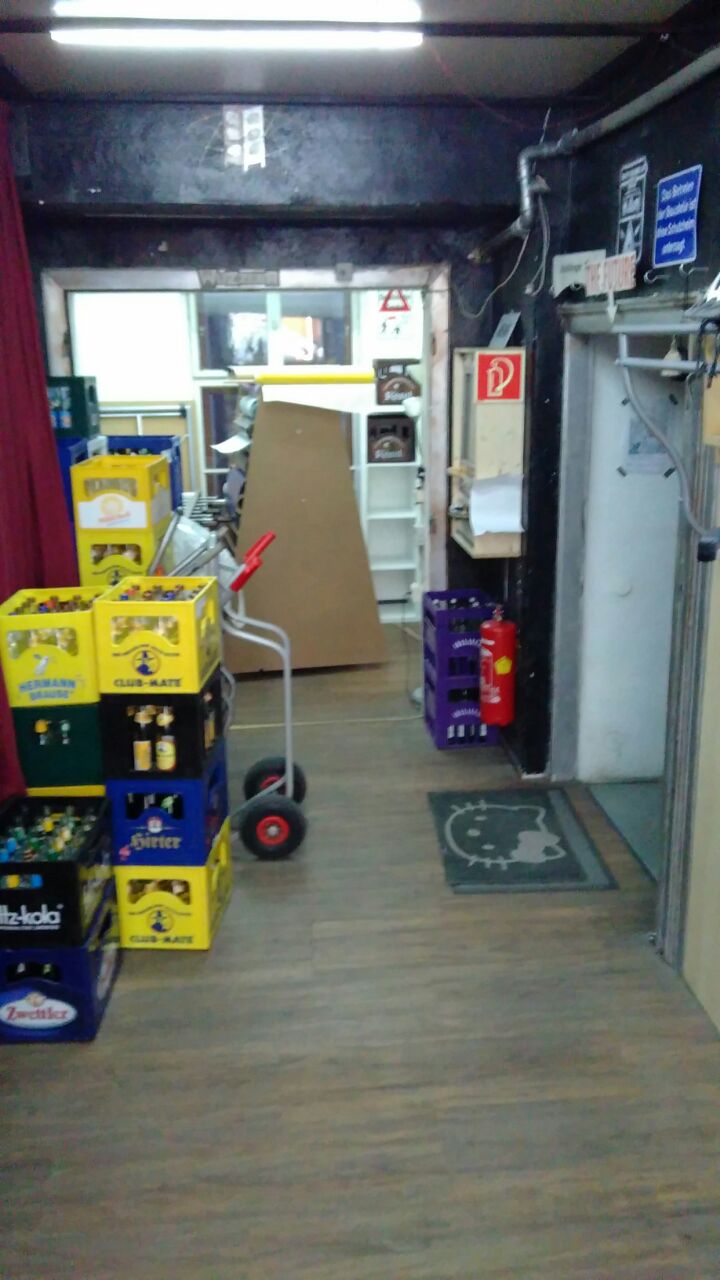 Just on arrival the space was actually empty (but open), because most of the members were having dinner on the outside. Just moments after that, two members showed up and I asked them for a tour. But one can't get a tour without drinking some Mate! So I bought a Flora Power from them after using their self built "Kassomat" to get some coins! 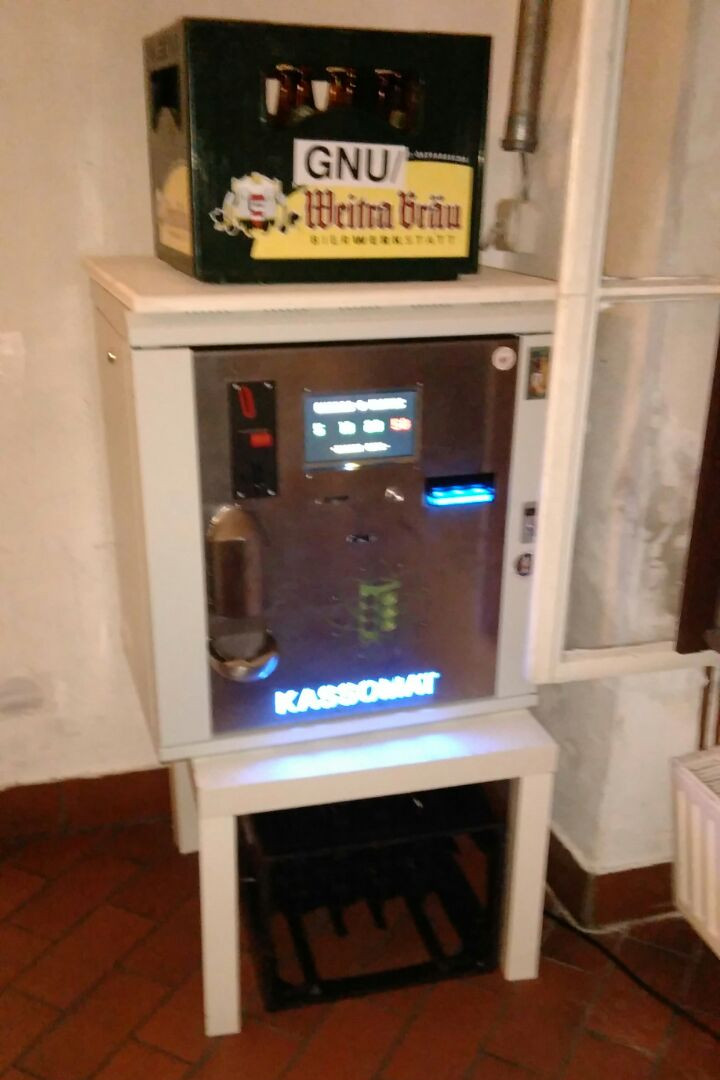 After that rather impressive start they continued to show me the rest of the space: 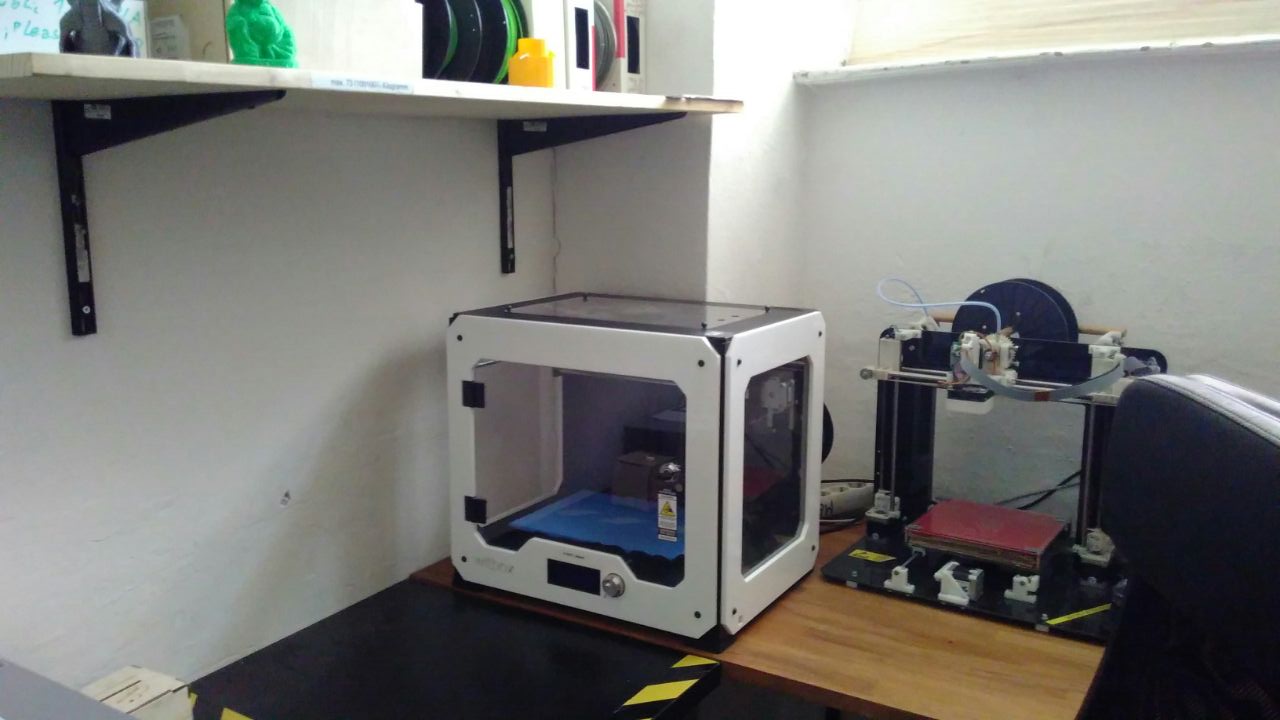 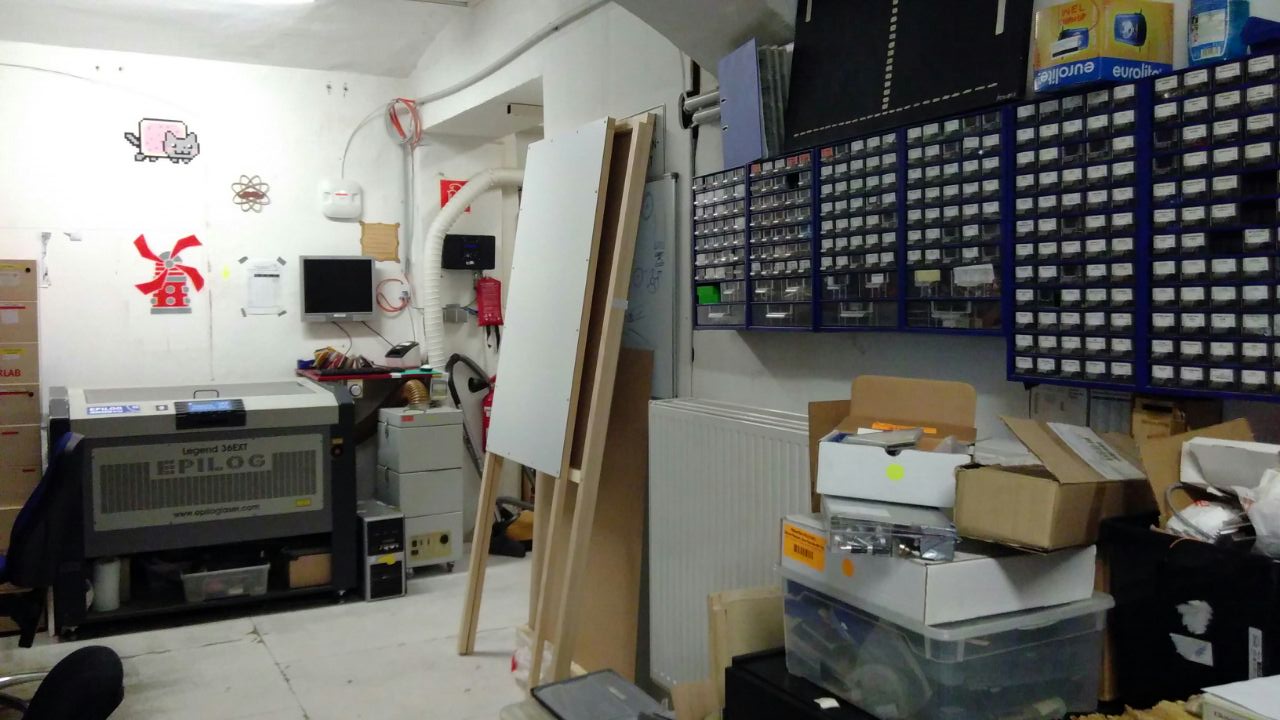 What really impressed me was there workshop, containing a decent CNC machine! 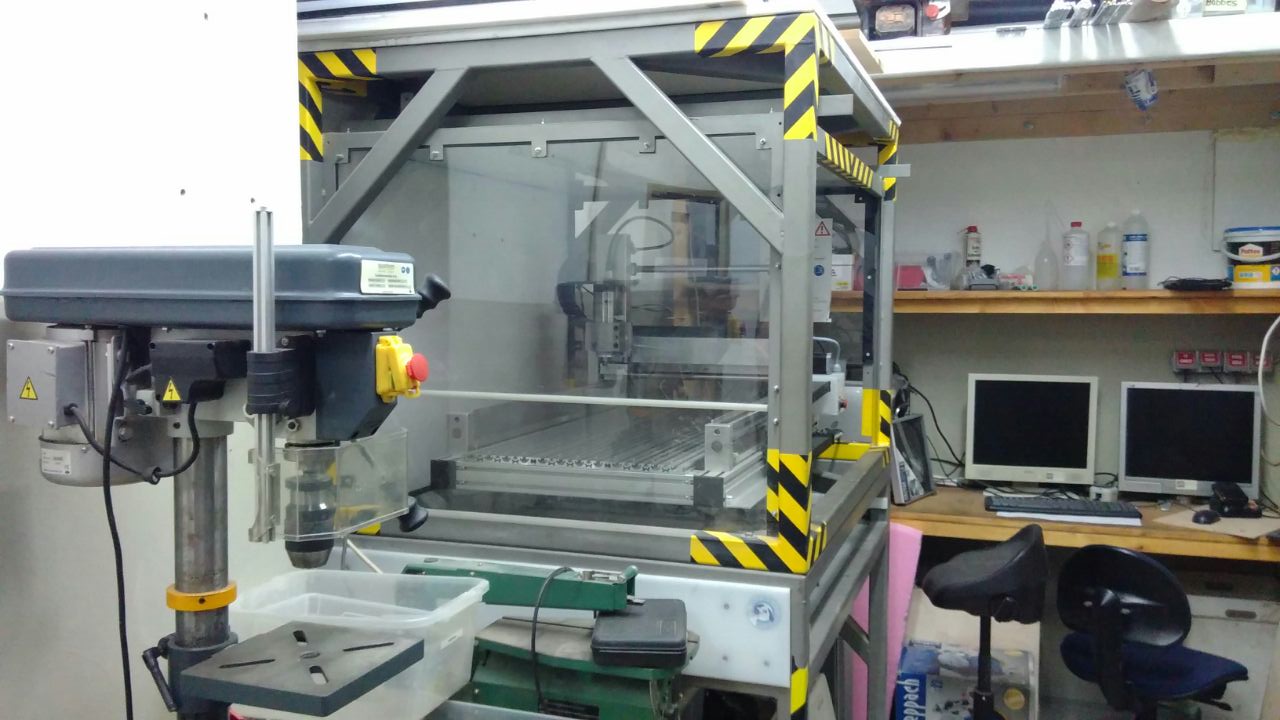 The space actually also includes a big main room, a kitchen, a lounge and some storage and server rooms. Sadly I didn't take any pictures of them.

While getting rid of my processed Flora Power after the tour, I noticed the rather beautiful decorations they have in their restrooms! 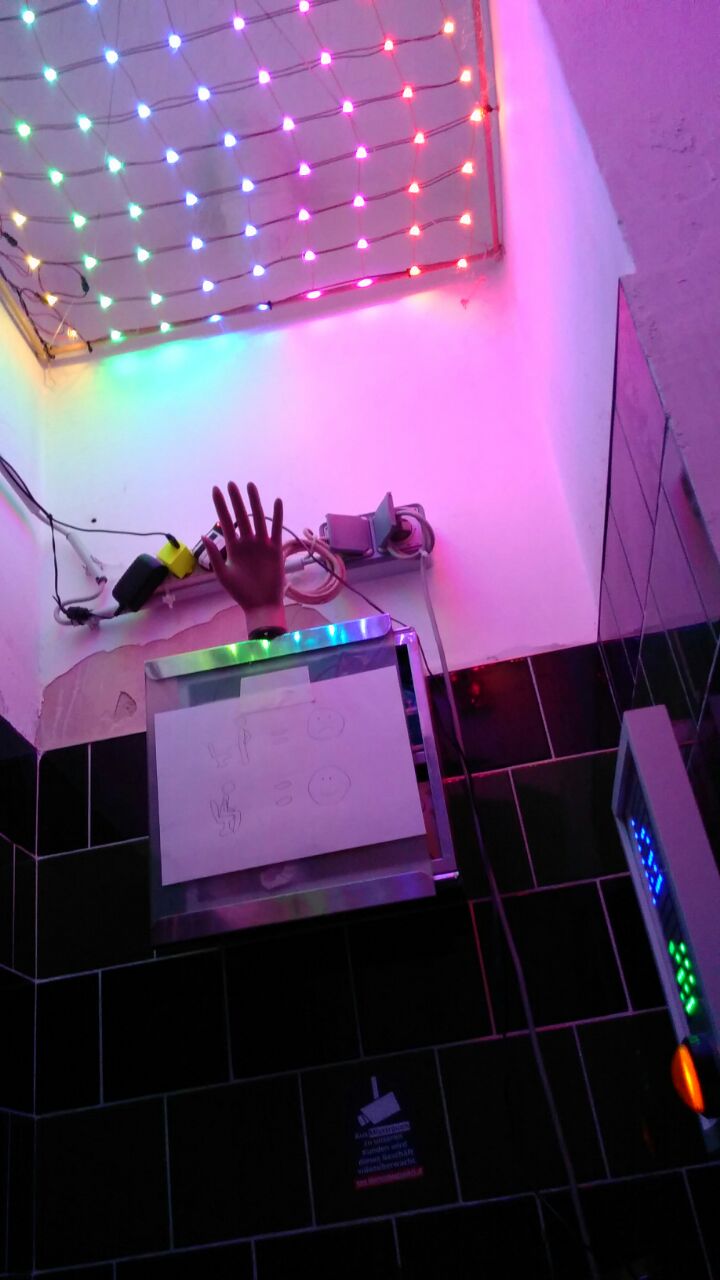 There is even a little screen with a few buttons to play a video game, while having a longer session.

Since I had only a few hours to spend there, I just briefly attended their member meeting, were they discussed some Metalab related issues. The rest of the time I mostly spent talking to some of them.

If you're in Vienna I definitely recommend to check out Metalab, since it is a quite amazing Hackerspace! I'd loved to spend more time there, but again the next chapter of my "Tour de Hackerspace" was calling!